A few weeks back we teased some 15mm Drop Troopers I had been working on as a side project. I had come across Full Spectrum Dominance, a game being developed for 6-15mm miniatures and while this is definitely not the default scale for our miniatures, the beauty of 3D printing is that you can resize your models very easily to fit with almost any scale!

There’s just a minor issue…more than 10 years ago I was commissioned to paint Flames of War miniatures. More than 900 Soviet infantry, and a large amount of vehicles too. After that commission was complete I told myself I wouldn’t touch anything under 28mm scale again.
It seems like enough time has passed, or my love for the Drop Troops is greater than the previous trauma, so I decided to give it a try!

I had to settle on a scale first, so I test printed the Drop Troop Commander at 10mm and 15mm scale. 6mm was off the table as I would have to make serious modifications to the models to make them usable (thickening up some parts like gun barrels), and they wouldn’t be recognisable as Drop Troopers! The 10mm model mostly worked, but the gun barrel snapped as soon as I lightly touched it, so I settled on 15mm.

The next step was choosing a faction. I decided I’d build an army of the Enlisted, which are the high-tech human military in the game, a theme that fits the Drop Troops perfectly! I will try to represent as many units as possible with models from our various ranges.

The game operates with units of several bases of models, so I bought a set of 5-hole Medium Flames of War bases, measured the circle cutouts and designed an appropriate sized plug in Blender. With this step complete I could finally start on the first fun part, building the models! Printing the models in parts then assembling them would be way too fiddly at this scale, so my best option was digitally pre-assembling my miniatures.

For this process I used Blender (you should be able to do this in Meshmixer, or something similar, but Blender is what I’m familiar with).
First I imported all the relevant parts (heads, torsos, legs, arms & weapons with any accessories I might want to use) and made up sub-assemblies of arm pairs with weapons. 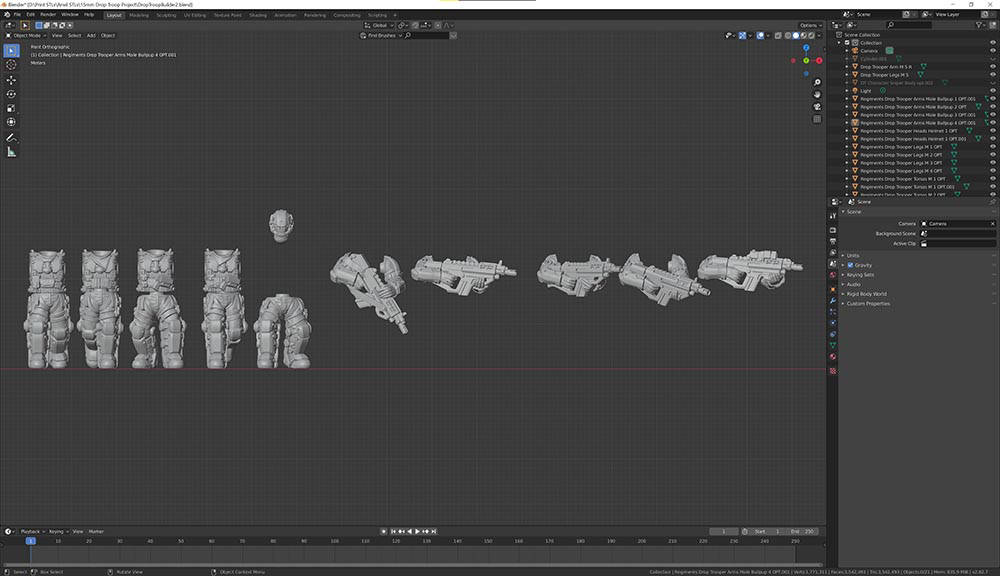 Then I duplicated my base parts, moved them into place and made up a good variety of poses.
At this scale you can get away with a LOT of clipping, so you create poses that wouldn’t necessarily be possible with physical assembly after printing. 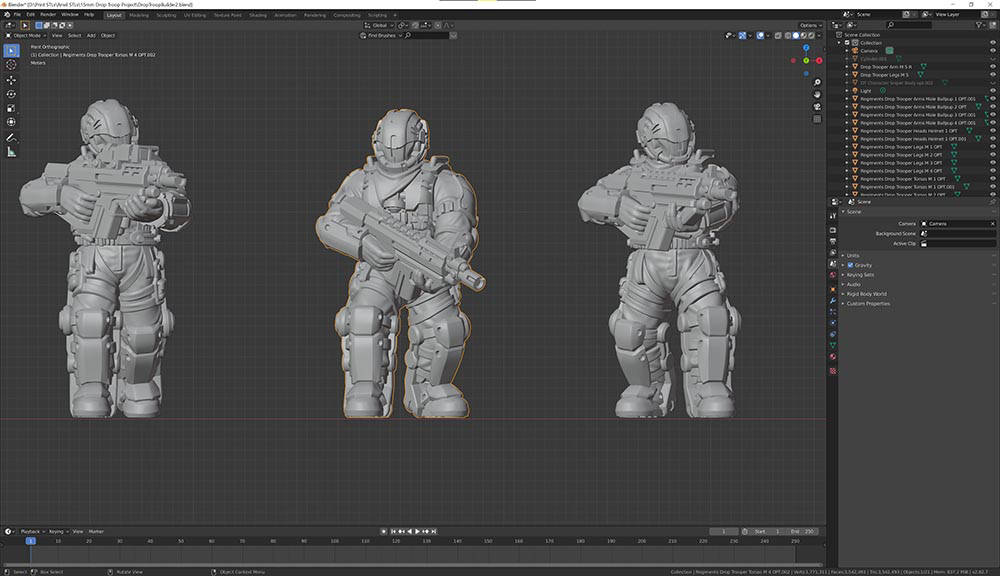 After I was satisfied with the poses I scaled the models down (54% gets you a model that is 15mm to the eye), attached them to their base plugs and supported them for printing (using Lychee autosupports, which is something that I regret now - our handmade supports are so much better!)

I printed the models on our Phrozen Mini 8K, at 20 micron resolution, the detail on the Regiments models holds up really well even in this scale! 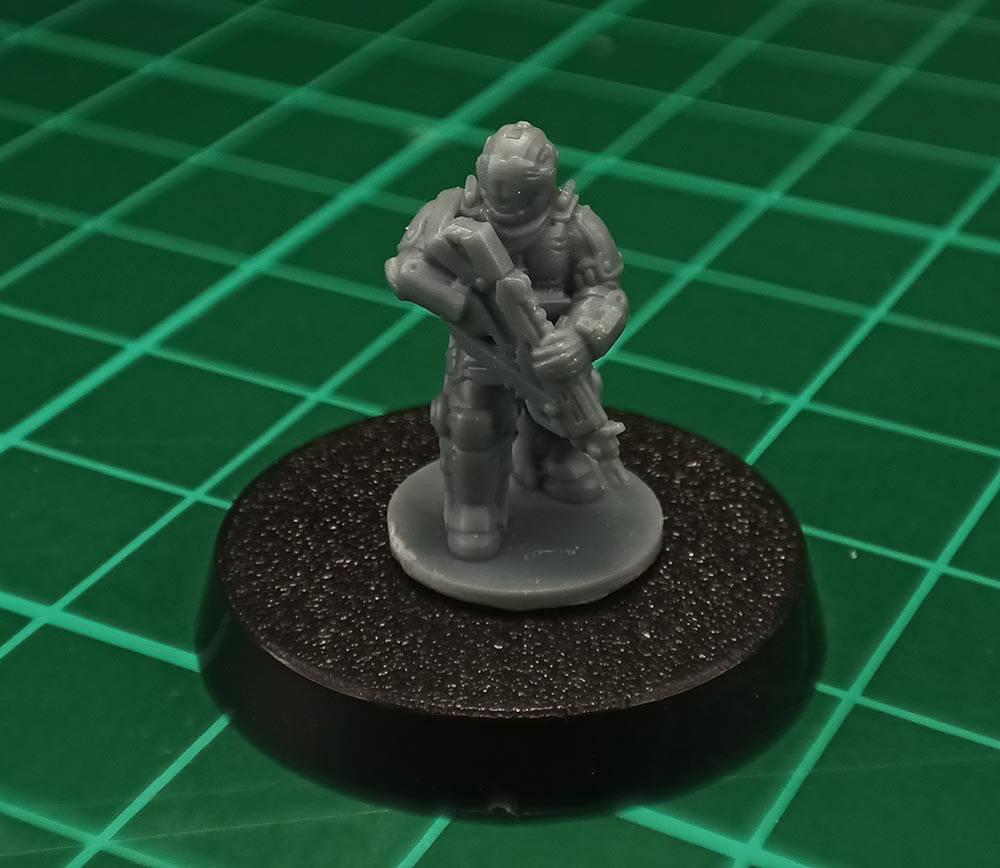 So far I built the following: 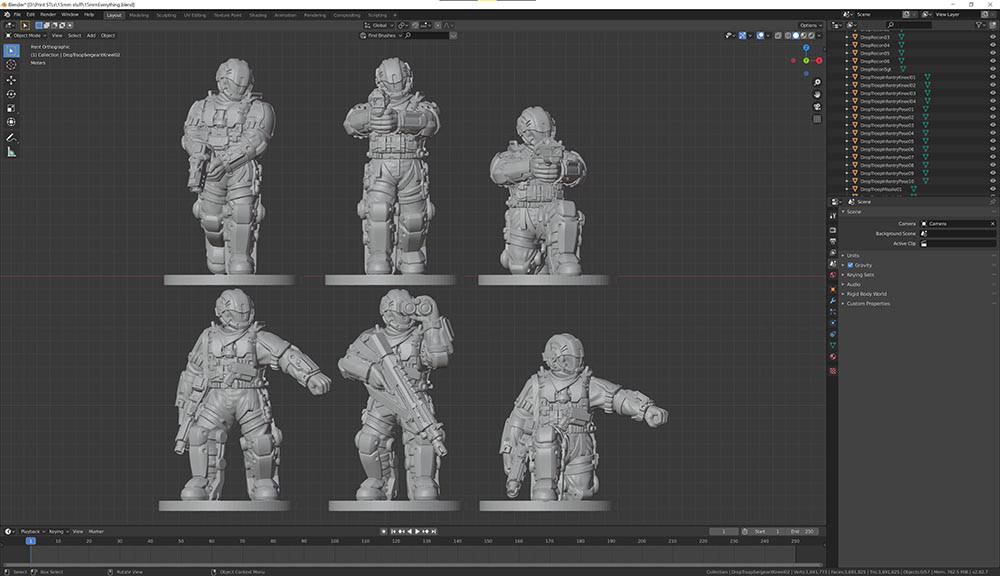 To be used as NCOs in various units. Entirely made up of Drop Troop parts, including some female arms scaled up to be a close enough match for the male parts.
7 poses 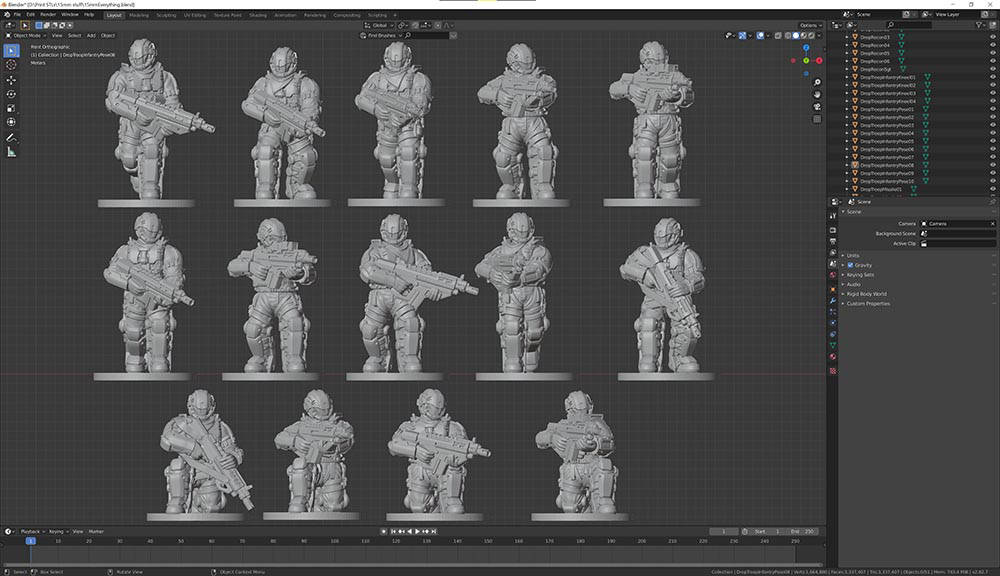 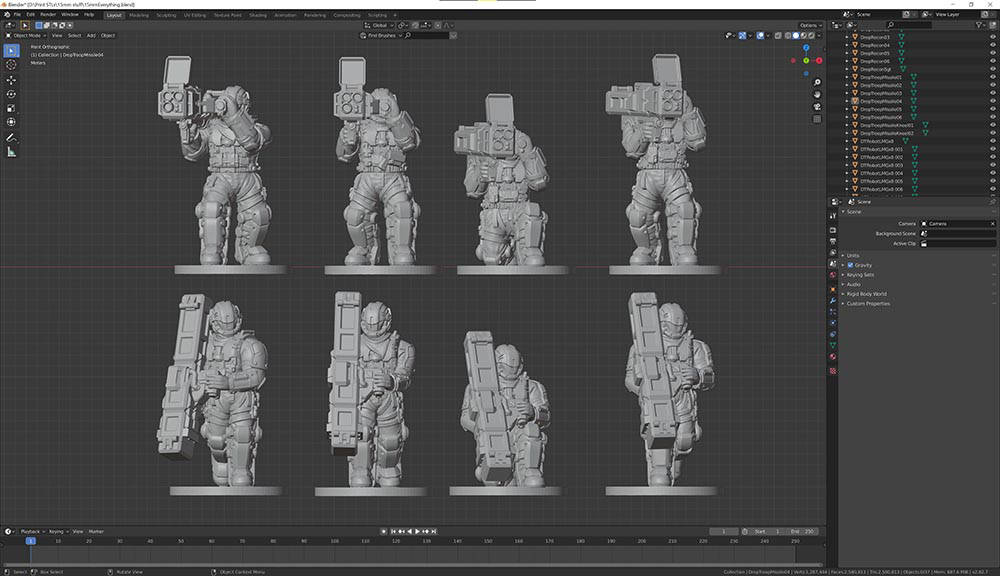 Entirely Drop Troop parts, 8 poses. These will be mixed in on my infantry bases for added variety. 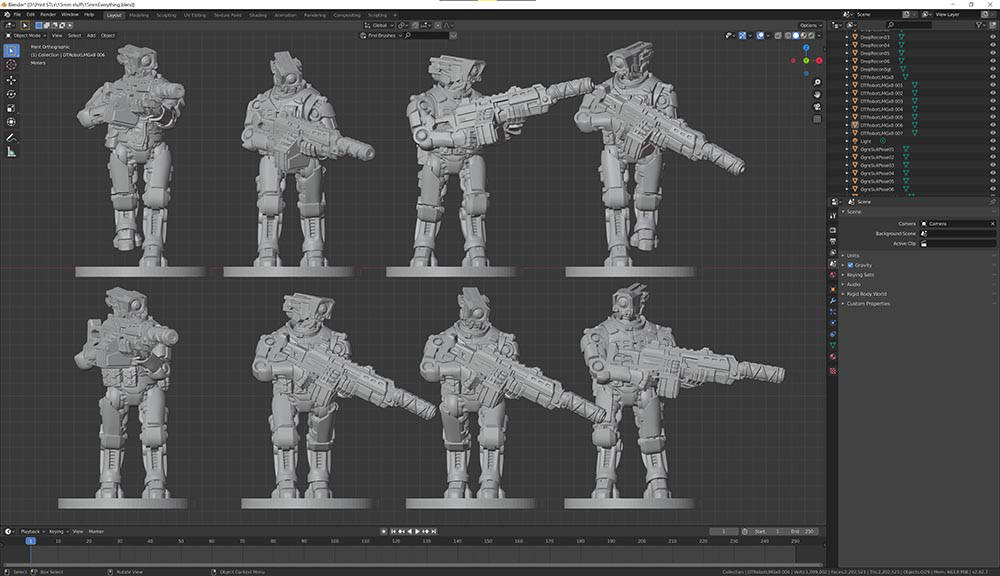 Robot support gunners, 8 poses. will be mixed in with the infantry for added variety.
These models are mostly Regiments Automata parts with a head that is a mash-up of the Exo-Lord Industrial & Security Camera heads and Cyberpunk Vulcan LMGs with suppressors I designed. The torso is from High-Tech Hazmat with added pouches from various months. 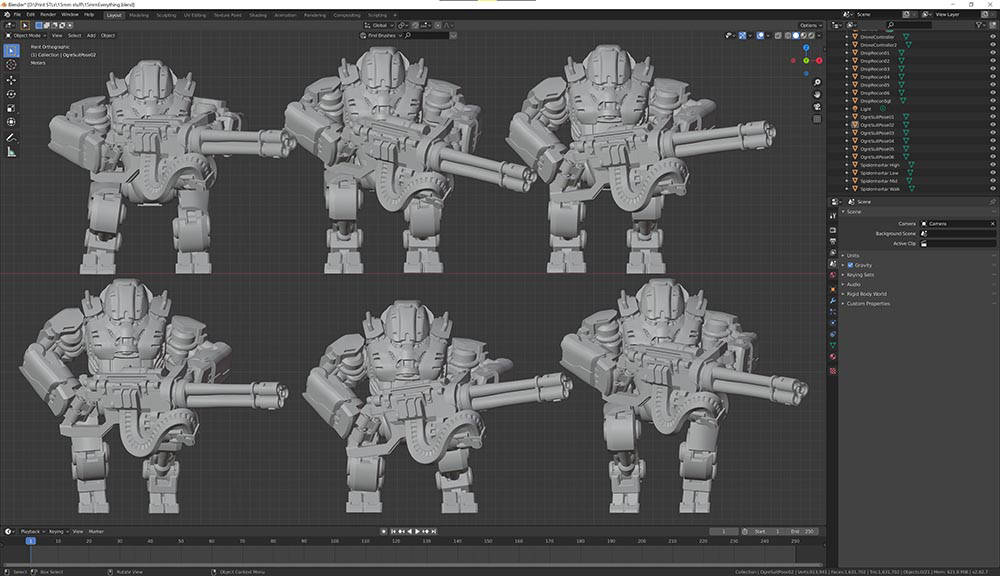 To be used as Armoured Infantry in the game, armed with Miniguns, 6 poses. These models are too large for the base plugs, so I’m printing them without. 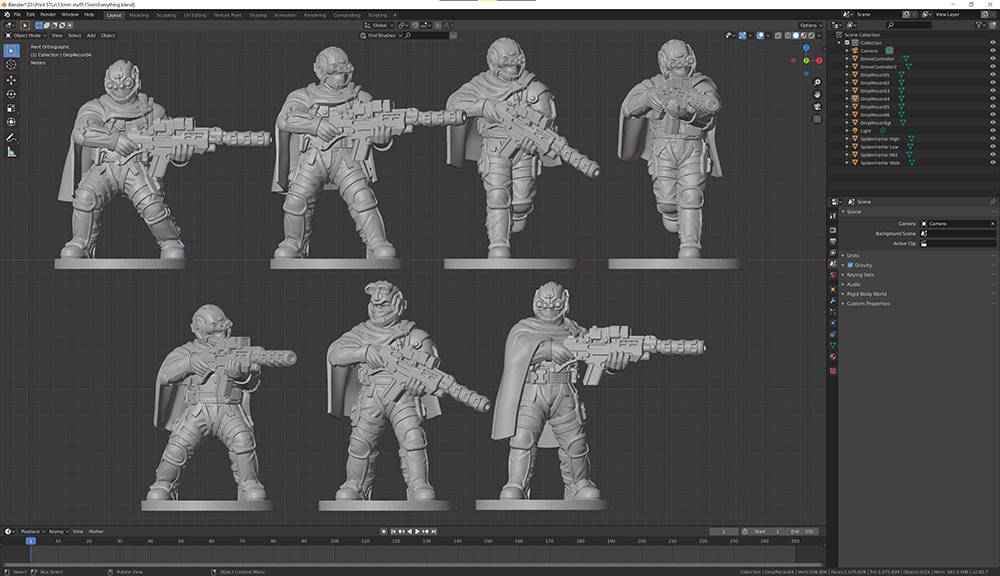 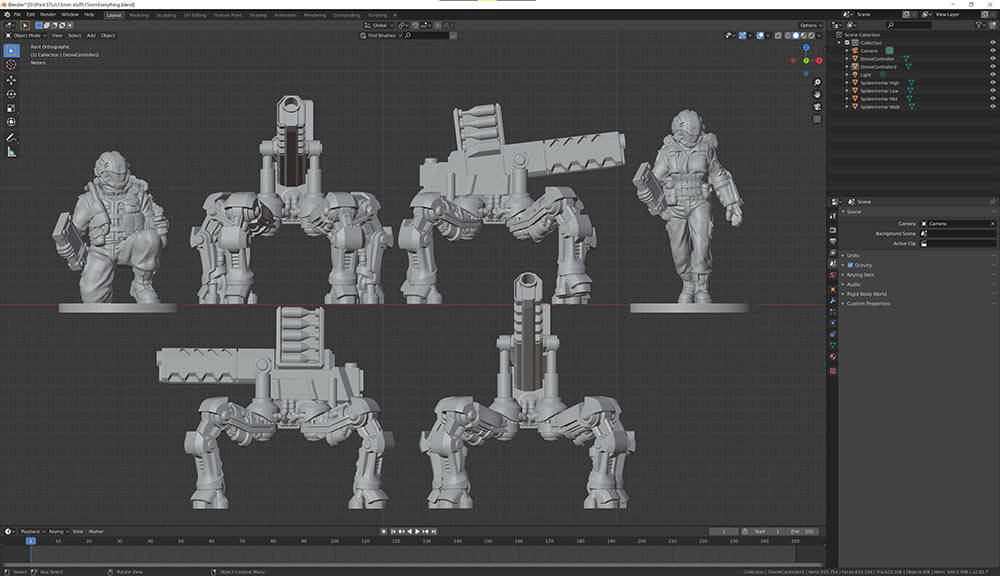 We didn’t have anything readily available that would work as this unit, so I had to design something! Using the Exo Spider-Mech Automata legs as a base, I built a high-tech looking autoloading mortar that has good enough detail for 15mm scale and has a poseable barrel. I exported 4 poses, including a walking one. 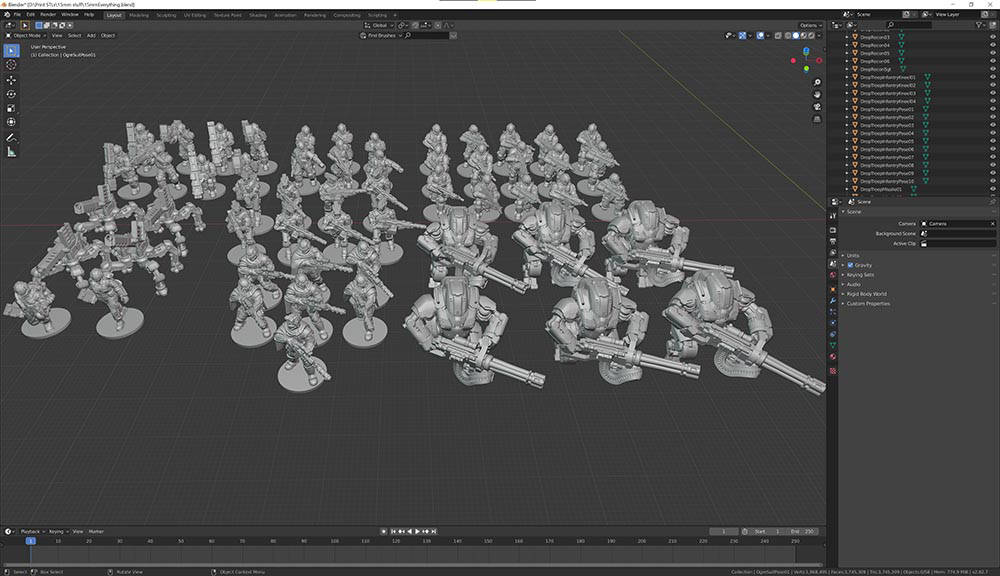 That’s everything for now, but I have BIG plans for some other units!

Some examples of the printed models: 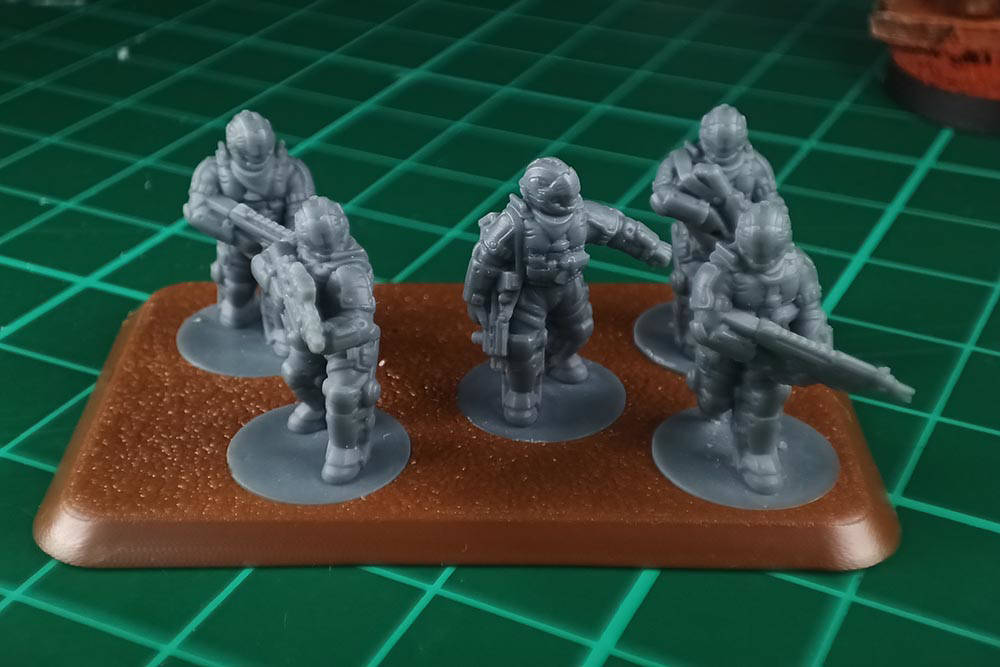 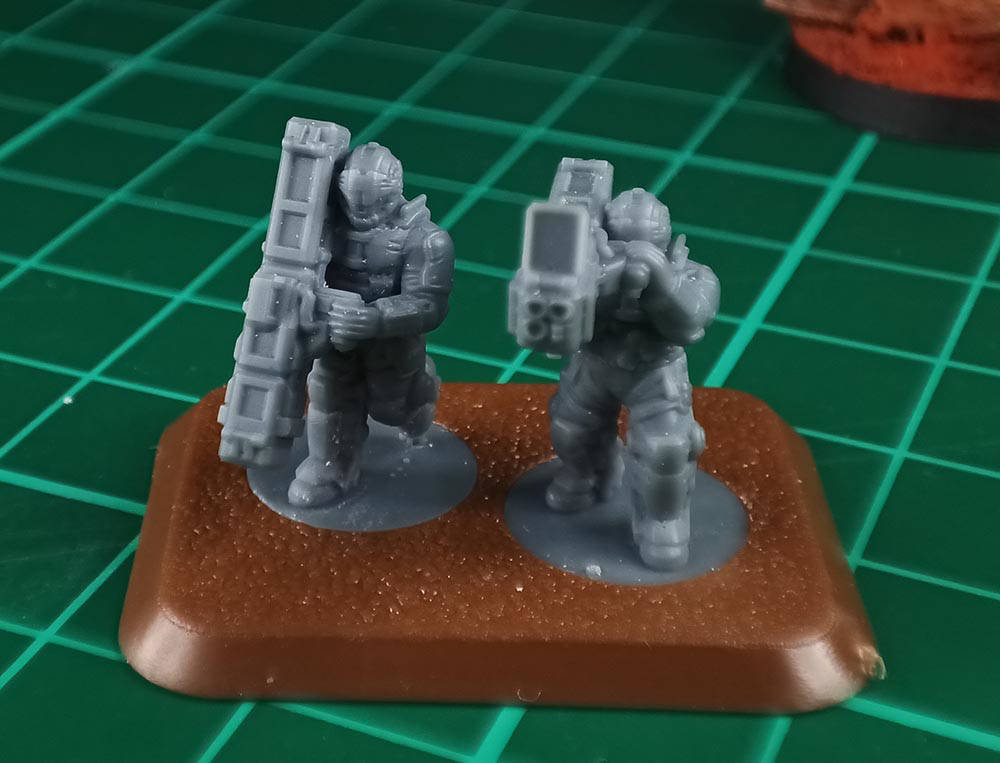 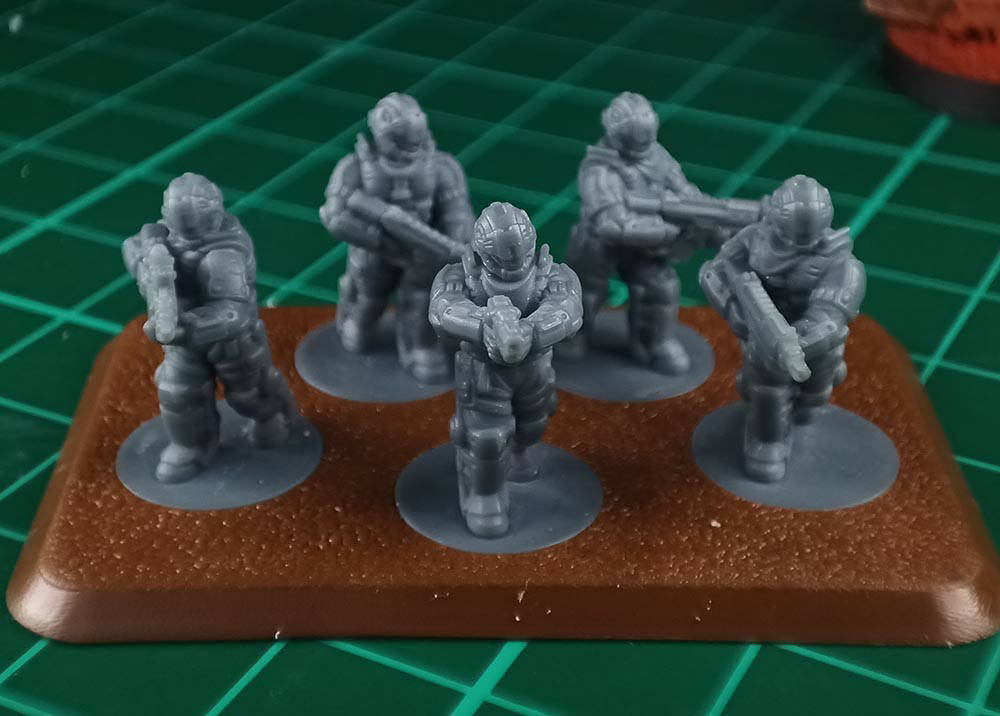 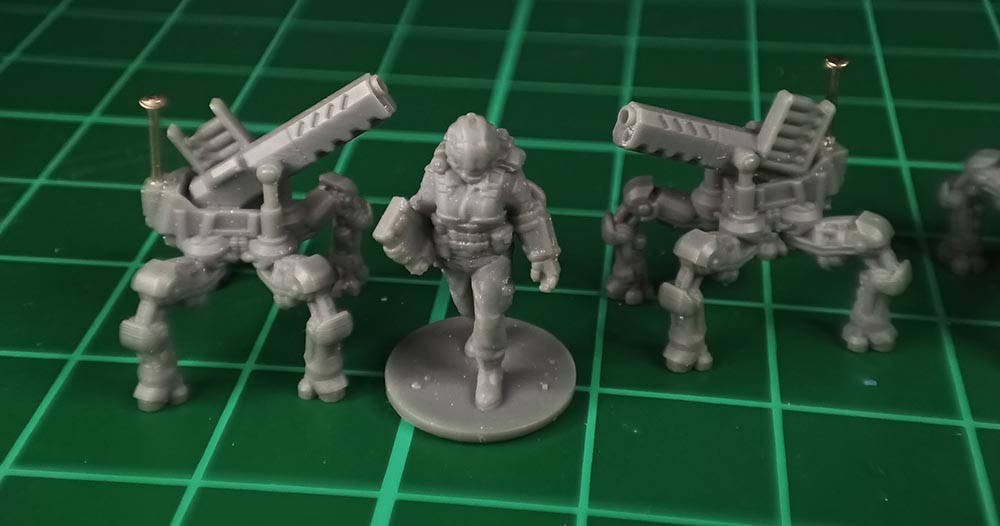 Congratulations, you made it to the end of the post! Here are some STL's that were made for the article above, they are subject to the Digital Forge EULA  so for personal use only, please do not distribute them, direct people to the orginal download here.

Let us know what you'll do with them in the comments! 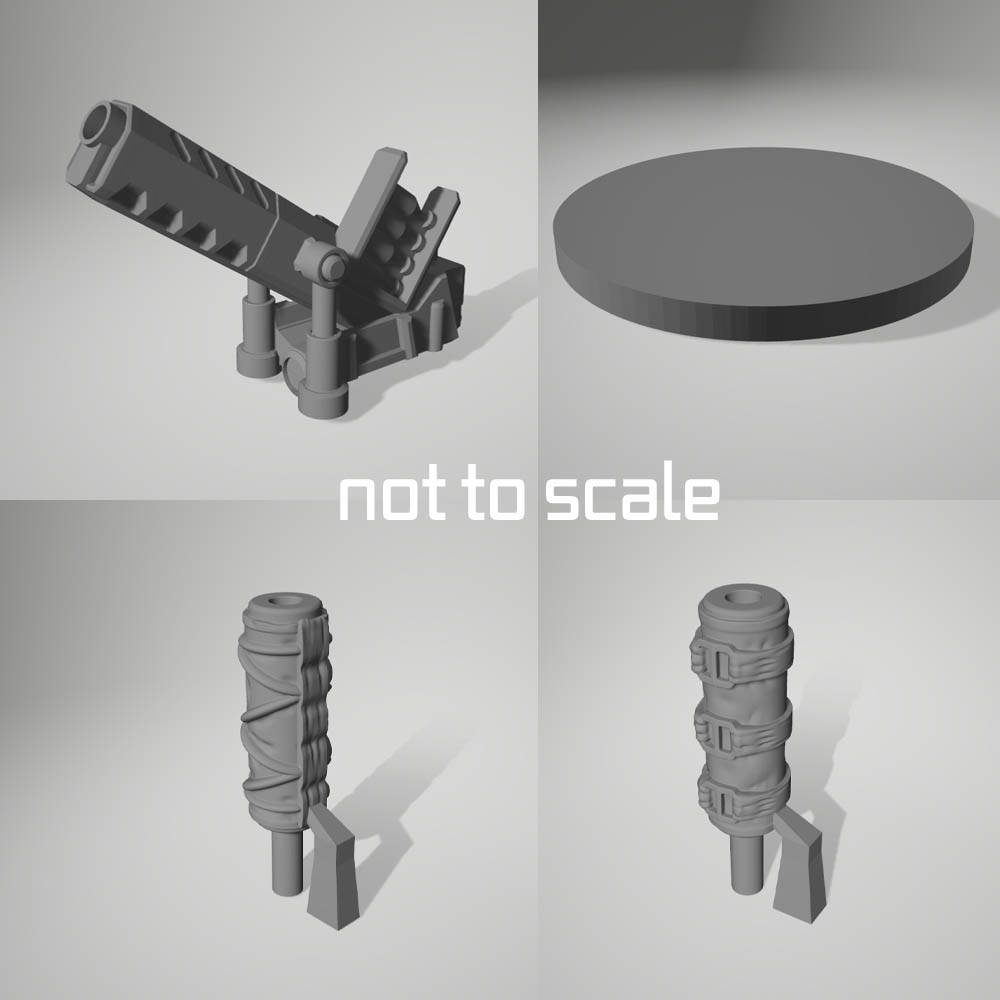