Studio Stargrave Crew : The finished crew and their adventures! 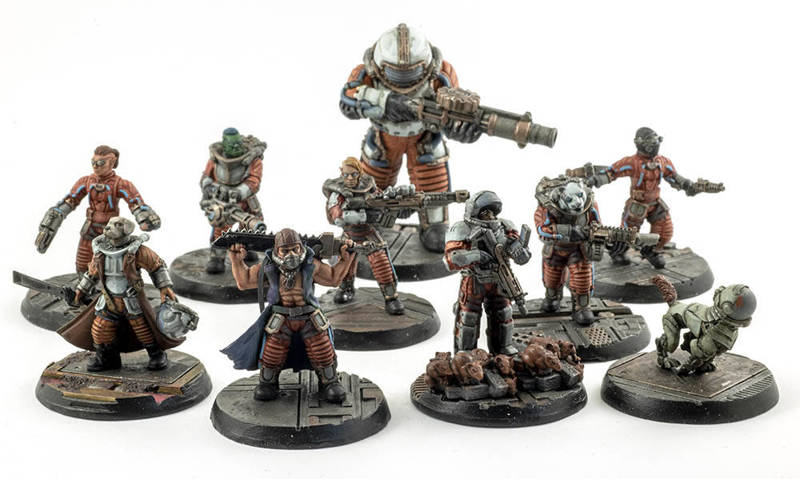 My Stargrave project was definitely a labour of love from the start to the finish. At heart I'm a huge science fiction nerd of every variety whether it be the classic retro style or the more modern “hard” sci-fi like The Expanse, so playing a sci-fi skirmish game like Stargrave was always a perfect fit for me. You can get the rules for Stargrave from Osprey.

Creating a warband/crew for skirmish games is something I feel every hobbyist should do at some point, as the game's genre naturally compels you to want to convert or kitbash to your heart's content and create a truly unique collection of models. And as we have such a huge selection of miniature parts in both our resin range and our digital range I felt like my creativity could really flex a little bit with what I was going to do for this project. 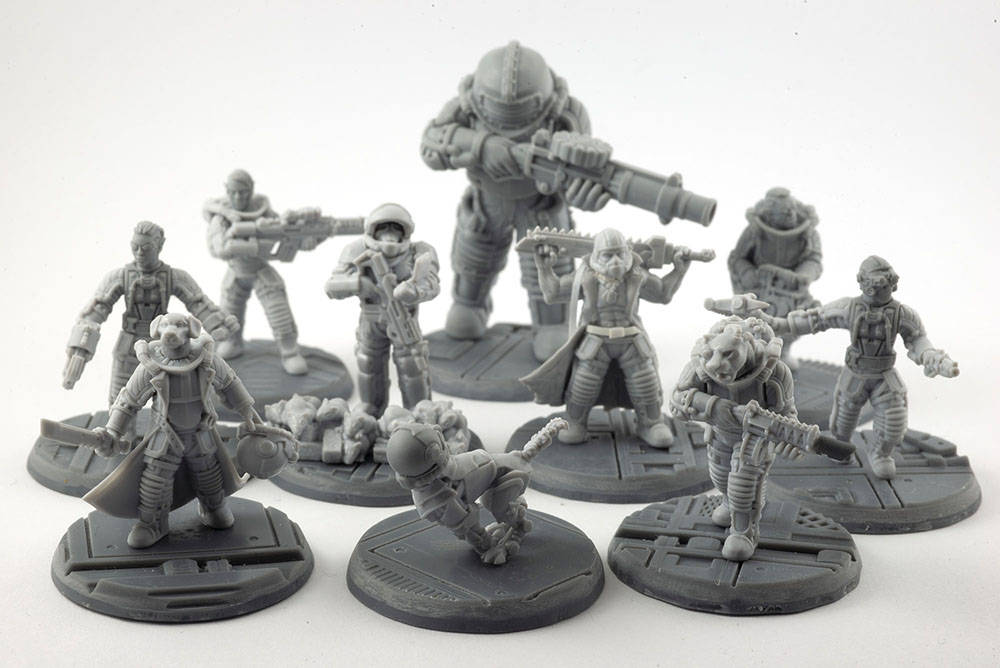 Non-standard mini tropes are always something I love to build and paint, as is evident from my collection of painted D&D characters I've played over the years, and Stargrave offers such a widely varied choice of species to play. Kitbashing some of the animal parts from our range onto some of our “human” regiments range, specifically 3d printed models from the Gothic Void pack, to make some cool cats (pun intended!) was instantly my first thought when I started this crew as I have always loved the Familiars sprue that we sell. The same goes for the orcs and elves in my crew too, having a history with Shadowrun I knew 100% I had to have a couple on my crew since we sell cyberpunk orc and elf heads as they fit perfectly with my crew's story. 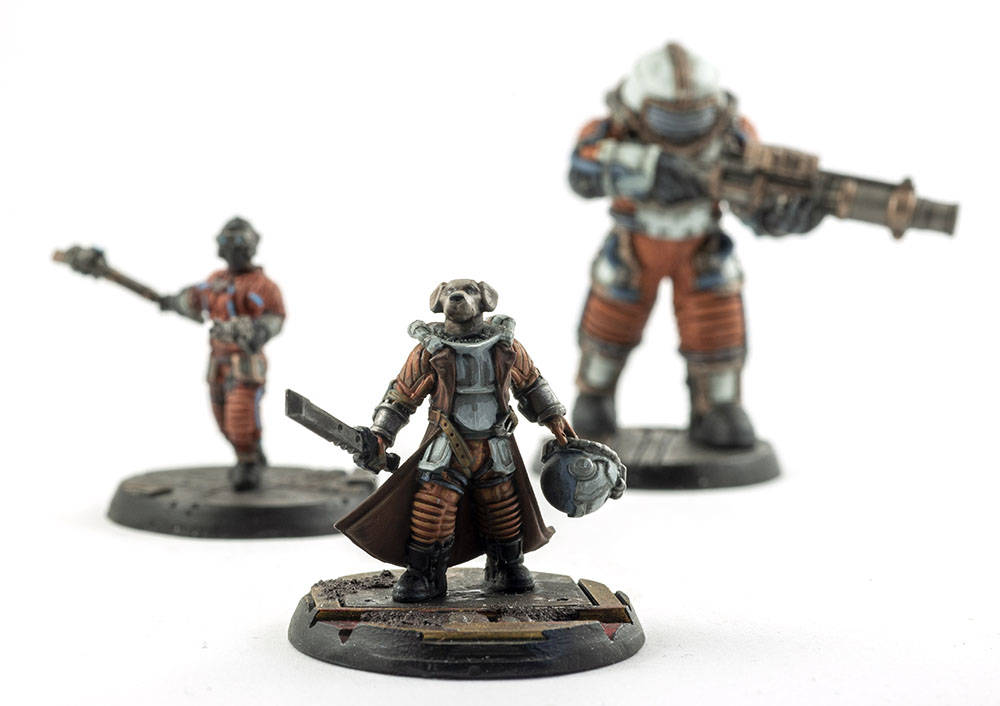 And as for my crew's story, they are a ragtag band of runaways that are trying to scavenge and survive as best they can in a harsh universe that just wants them to be worker drones for nameless corporations. Striking out on their own after breaking free of their shackles, the captain ("dog" mini above) has made it her mission to free and embrace anyone they come across on their journey that deserves to live a full life, so she tends to recruit a lot of unusual characters into her crew as time goes by. This idea for her background meant that as I played more and more of the game I could kitbash and create as many fun and creative models to expand on the crew's strengths. 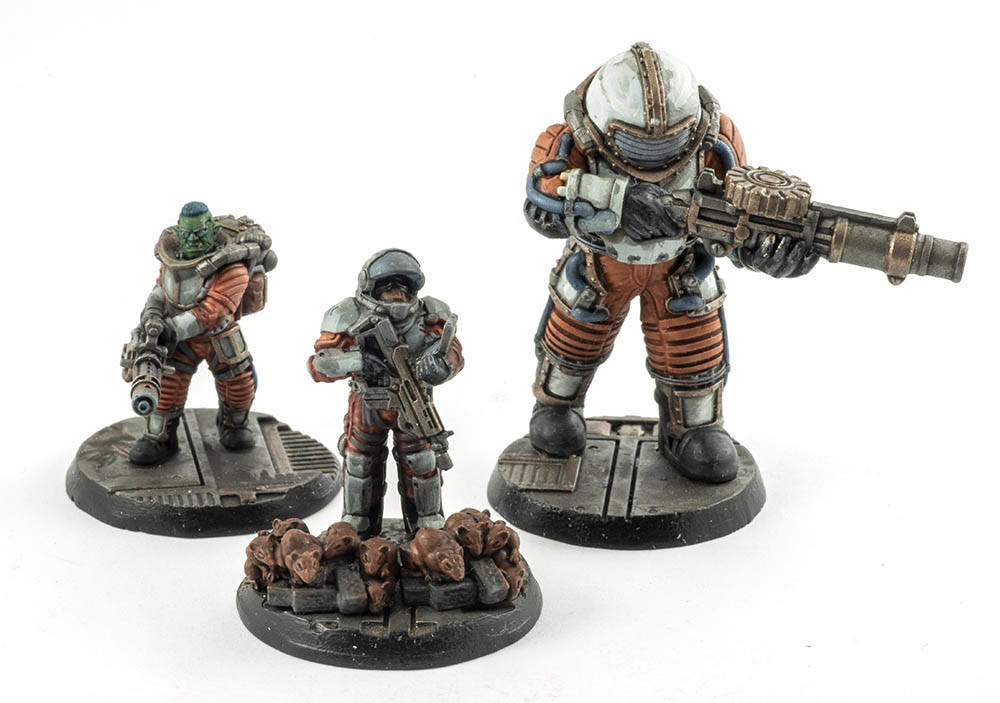 Painting the crew was also such a joy. A lot of our more SciFi heavy model parts have beautifully intricate details on them, making things like washes and highlights very easy to achieve. And after very recently having finished painting an army for a different game using a new technique ( for me as a painter ) I knew that streak and grime and gritty dirty stippling was perfect for a crew of essentially space pirates.

Having played a few campaigns now with my crew at my local gaming club, the adventures and action my crew has had so far has given me so many more ideas of things I would love to do to add to their numbers as well as things I would love to make and paint to add to the selection of things we can encounter and potentially fight against on game nights. And with all of the amazing miniatures we recently released in our Digital Forge for alien mercenaries, I have lots of plans for new crew members that will be added very soon… and also maybe a nemesis that my crew didn't realize was in the shadows planning their downfall! 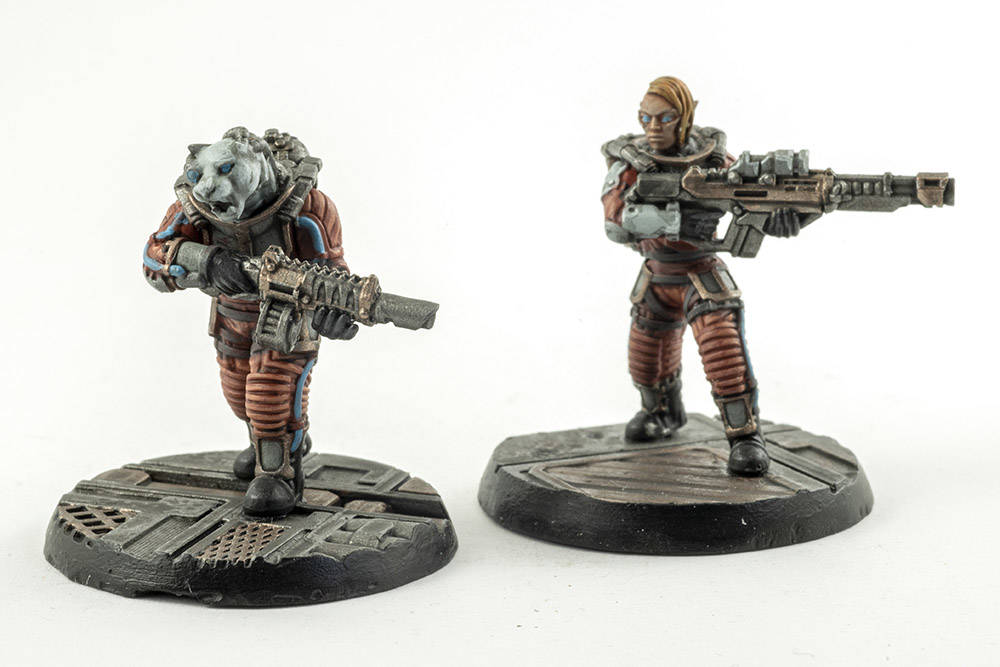 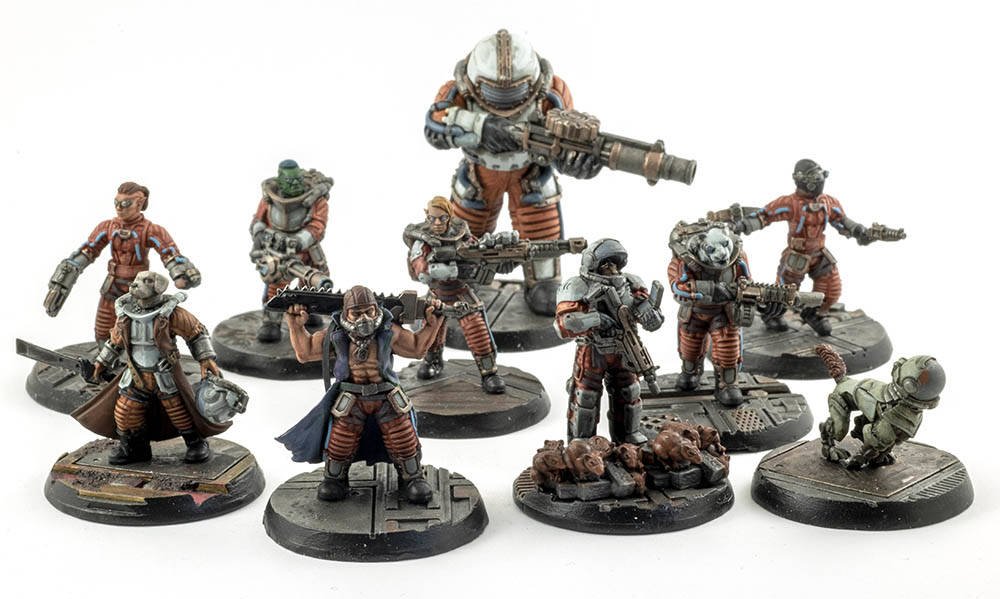 If you have made your own crew from Anvil minis to fight the good fight, let us know in the comments and share on social media with #anvilindustry so we can take a look! 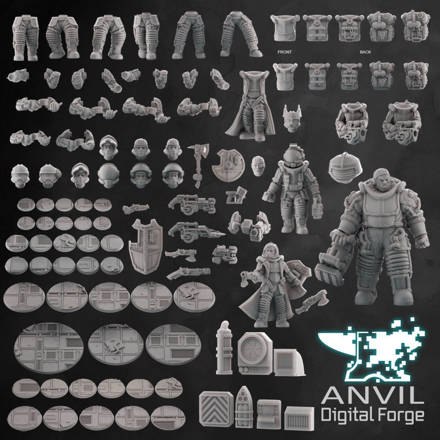 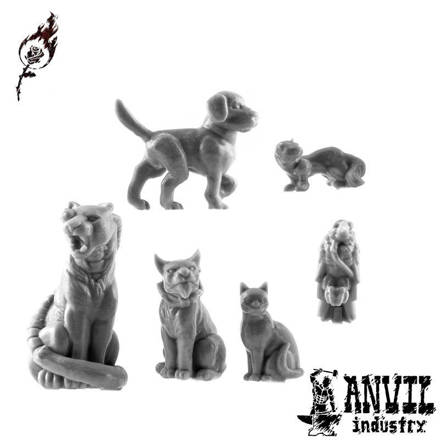 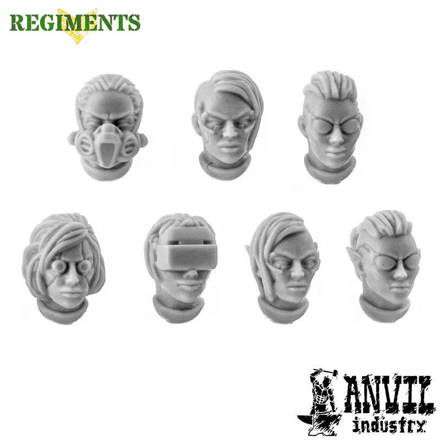 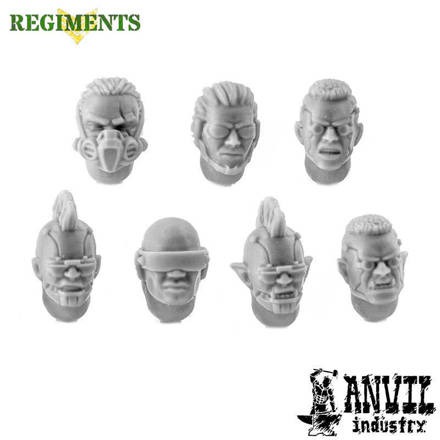 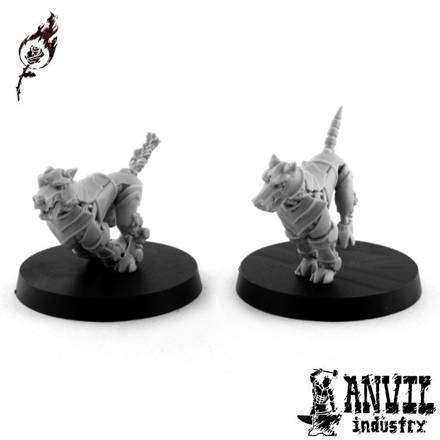 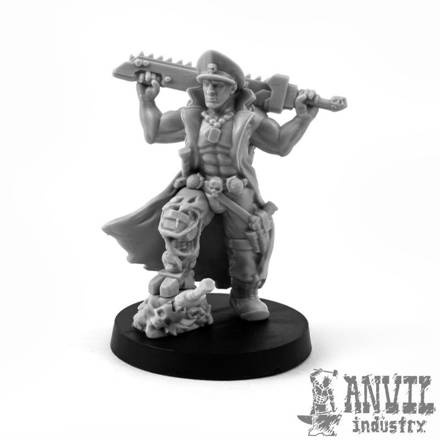 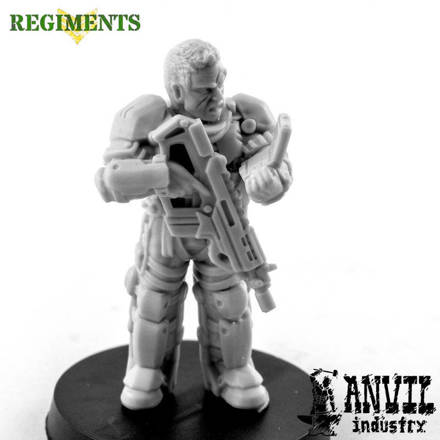 €11.68
Leave your comment
Comments
Guest
4/26/2022 7:52 PM
Look great! Where are the arms with shoulder pads from?
Anvil
4/27/2022 8:24 AM
Thanks! The mini with chunky shoulder pads is made from the Drop Trooper Command Character, but you can get the Drop Trooper shoulder pads separately https://anvilindustry.co.uk/drop-trooper-heavy-shoulder-pads-5-pairs
The rest of the arms are from the Gothic Void Trooper digital pack.
Blog search
Blog archive
Popular blog tags