Dress Uniform : Concept art and ideas for your projects! 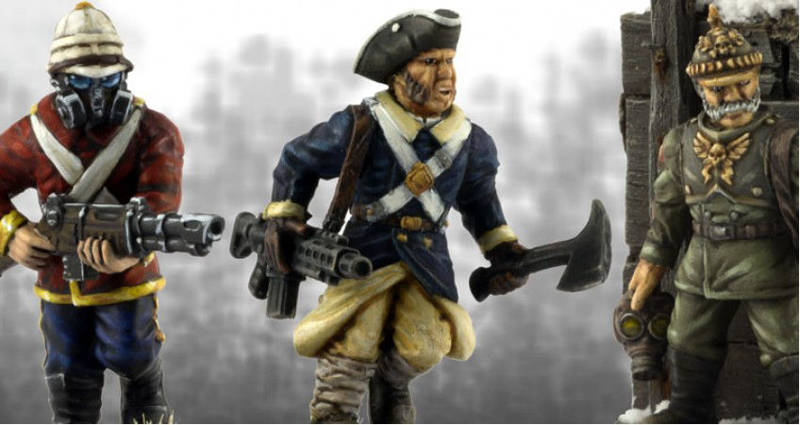 It's been a few weeks now since we launched our new Dress Uniform range. Now that we are (just about) caught up with the Christmas orders, we thought it would be cool to showcase some of the concept art done last year, as well as some example miniatures.

Every new product release starts with getting some ideas down to establish the look and feel we are aiming for with the final miniatures. For the Dress Uniform parts, which are mostly inspired by real historical uniforms from 1700 through to 1900, we also did a lot of research.

Thomas was tasked with coming up with a range of concept artwork, some of which you can see here. 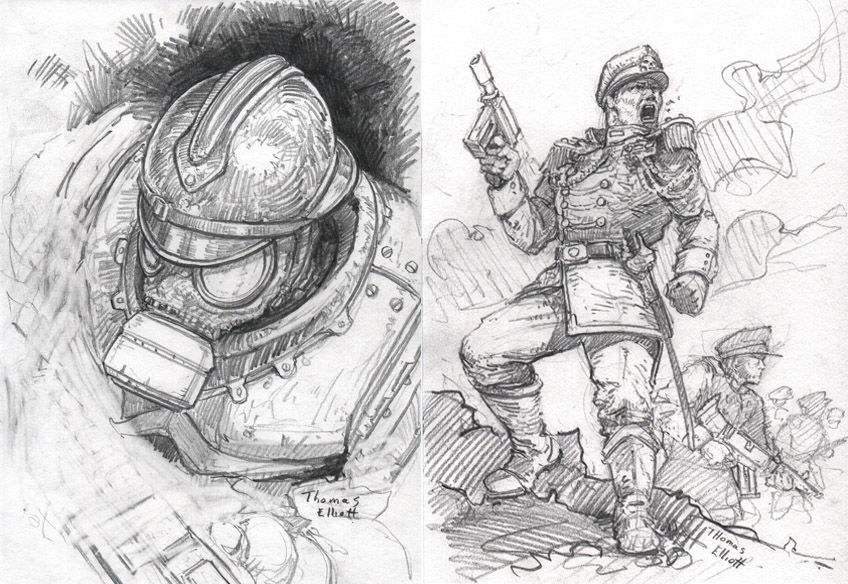 Left: The Adrian helmet was a popular request since last years Trench Fighter release.
Right: an officer sketch detailing the dress Uniform leg style, which works with a huge range of Regiments torsos. 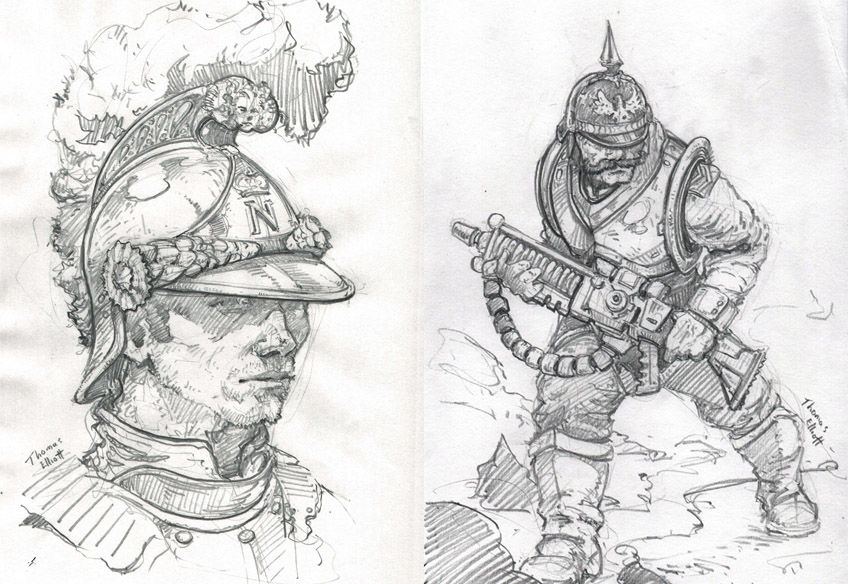 Left: The Cavalry helmet is another historical example, though for the final resin version, details had to be made significantly simpler to work at Heroic scale.
Right: Early work for the Cuirass armour torso and Picklehaube helmets. This figure also carries a Tesla Disintegrator, placing him firmly in an alt history or science fiction setting. 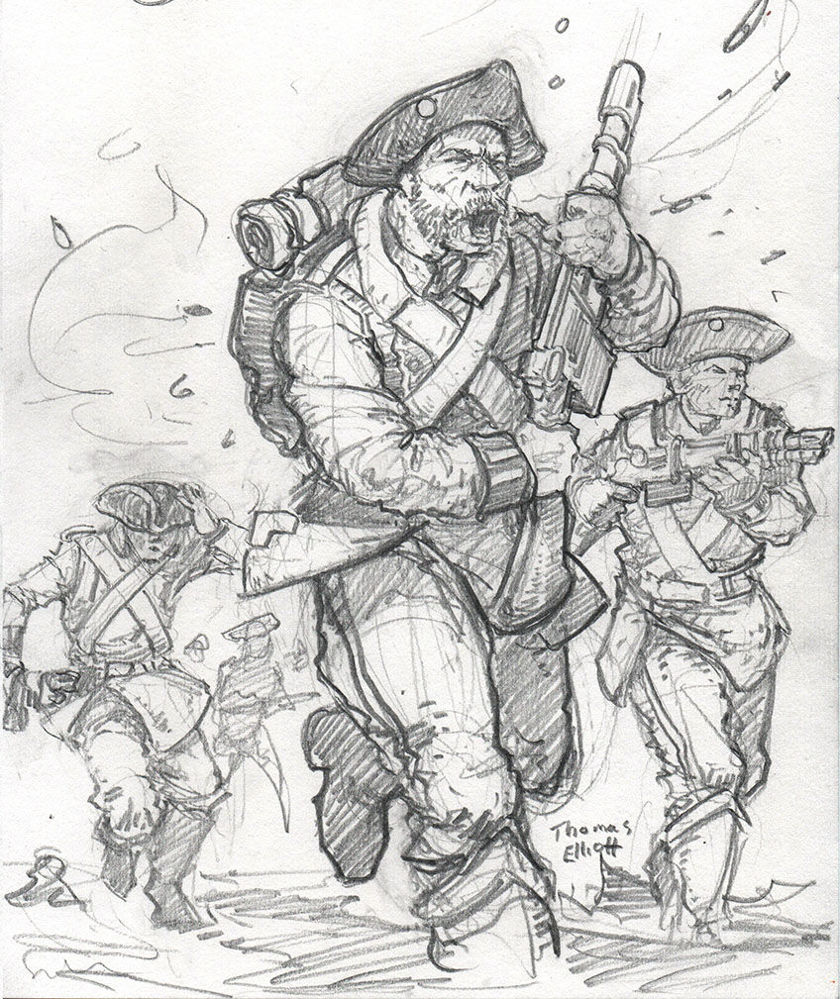 This sketch is very dynamic, helping to bring the ideas to life. The Crossbelt torso works well with a number of leg and head styles to create British Empire or American Revolutionary War-themed forces. The Tricorne hat sprue is for the pirate forces out there, and contains a bonus parrot!

When Thomas isn't busy sketching and sculpting at Anvil, he produces a huge range of amazing sci-fi artworks, you can see more on his Artstation HERE.

With the addition of the Dress Uniform parts, the Regiments range now has over 800,000 unique combinations of legs, torso, head, arms and weapon. With the possible pose variation and extra equipment packs, the number of unique figures runs into tens of millions! Here are just a few examples of what's possible: 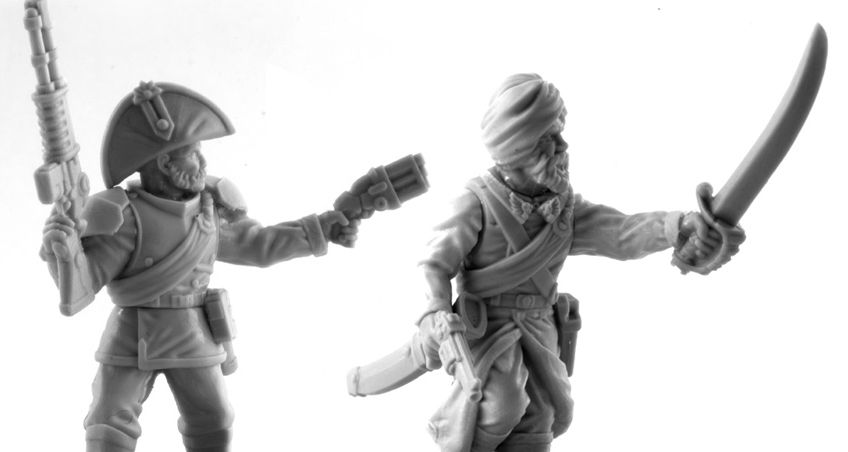 Left: An Officer model made using the sash torso from the Cuirass set and a Bicorne hat (from the Dress Uniform Officer Heads). The pistol is one of a number of unusual designs from our Ornate Pistols set.
Right: A Turban head, Revolver and Sabre are used to make a very dynamic and ferocious looking Officer! 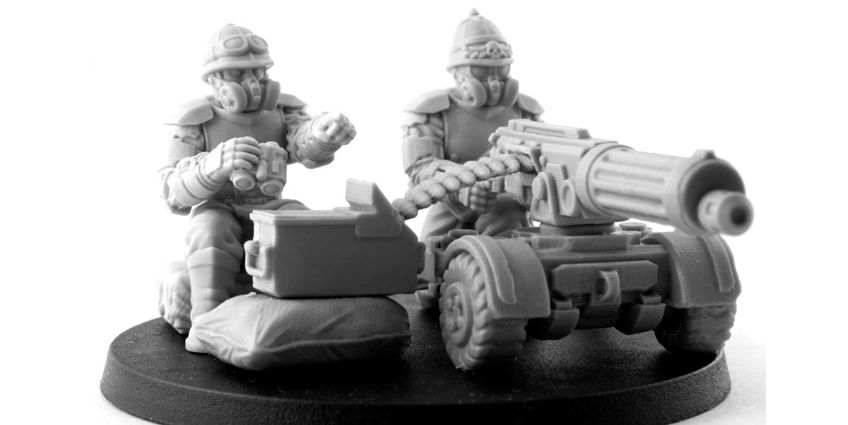 The Dress Uniform parts can be used with any of our Specialist and Heavy Weapon squads. The weapons crew shown above is mostly the new parts, but we've used armoured arms and light angular shoulder pads to make them more sci-fi looking. These figures could fit into an alternative history/steampunk Victorian setting.

If you want help designing your own new Regiment, our Regiments Designer is a great tool, creating a 3D render of any combination of Regiments parts. Check out the designer HERE.

We hope you've enjoyed this blog post, if there is anything you would like to see in future posts, or you have any questions about the range, don't hesitate to get in touch and we will be happy to help : info@anvilindustry.co.uk