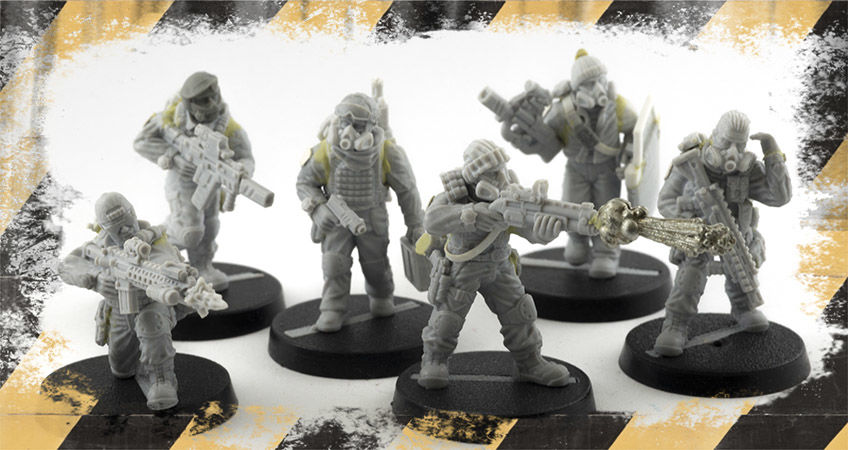 The Division is one of my favourite games, and from the early planning stages of our PMC range I knew that they would be perfect for a pretty ambitious project - to build small forces representing Agents, and the other various factions from the game!

Obviously, I started with the most iconic part, the Agents themselves, but in the coming months I plan to build at least 5-10 models for each faction (really looking forward to the Cleaners!) - hopefully I'll find an opponent and a suitable ruleset (or maybe even use the AFTERLIFE rules with some modifications) to play a couple games! 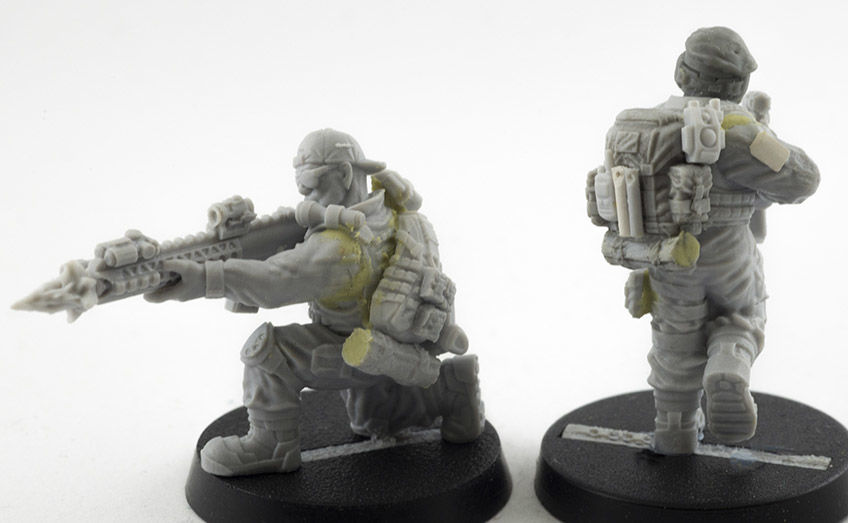 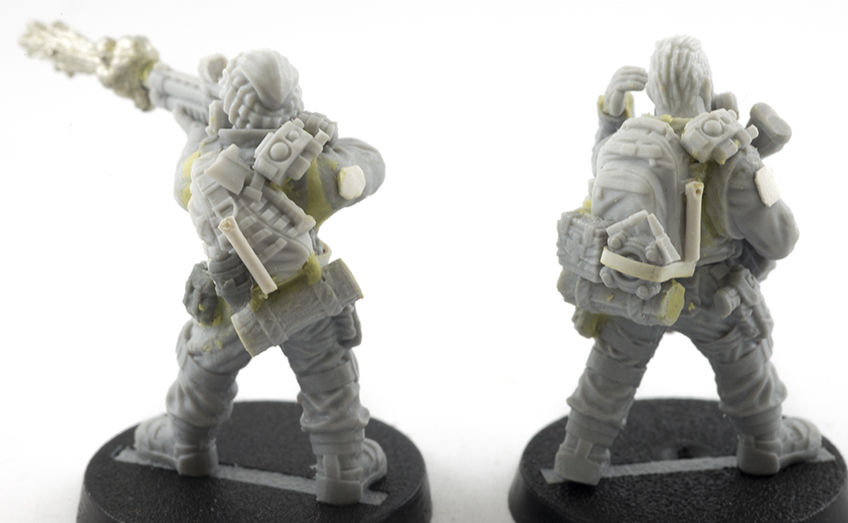 All three carry an AR-15 variant, with some custom bits - the angled foregrip is a regular pistol grip cut and filed down slightly, and the LVOA has a micro red dot sight (Regiments tactical scope cut down, with holes drilled), a shortened Exo-Lord PEQ laser and a flashlight (again, from a Regiments tactical scope, this time with the sides filed smooth).

One of the Agents seems to have found a briefcase with Shade-tech, and the other has his left arm modified so he looks like he's listening to a radio transmission.

The heads from the Long Hair and Opscore 1 sets have been modified to wear masks - for this, I only had to cut off the nose, file the chin down a bit, and carve out a little bit from the bottom of the spare Respirators.

The Pulse device is made of a breaching charge from the Afterlife Ballistic Shields, with two antennae attached - these came from the walkie-talkies in the Modern accessories set! Another agent has Regiments pouches attached in a triangle to mimic the layout for the Seeker Mines in the game. 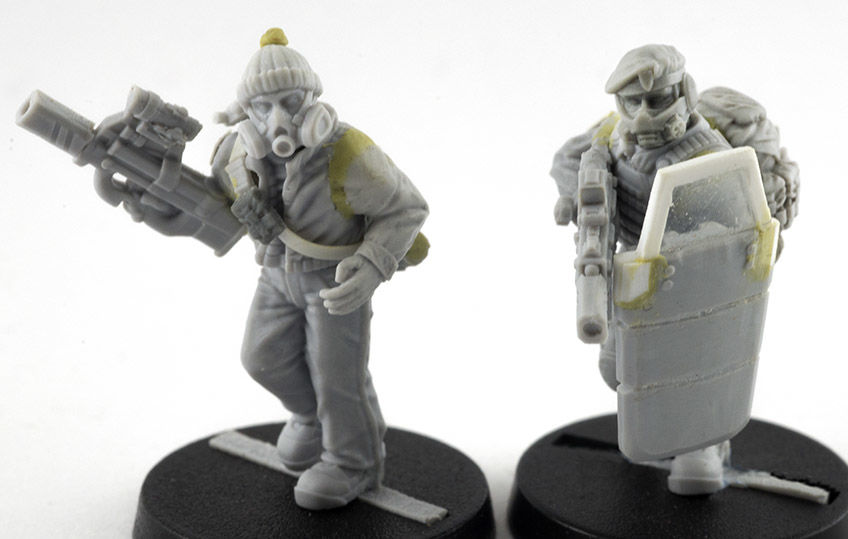 They carry shorter range weapons, with plenty of accessories - most of them from our Regiments weapon accessory sprue, except for the shotgun blast, which is a Medium shot blast made by Armorcast.

The backpack straps are thin strips of plasticard bent around the torso - with a plastic buckle that came from one of our Modern backpacks (I had to cut four apart, kept losing the tiny bits...).

One thing that I knew I had to add was a pom pom beanie - just a blob of Milliput pressed on the top of a Watch cap!

My favourite skill item in this lot is the Ballistic shield. Tried to get as close as possible to the in-game look, I think I pretty much nailed it! The base was a modern Riot shield filed flat, recesses carved out and bits of plasticard (and a bit of transparent plastic from a blister) added. 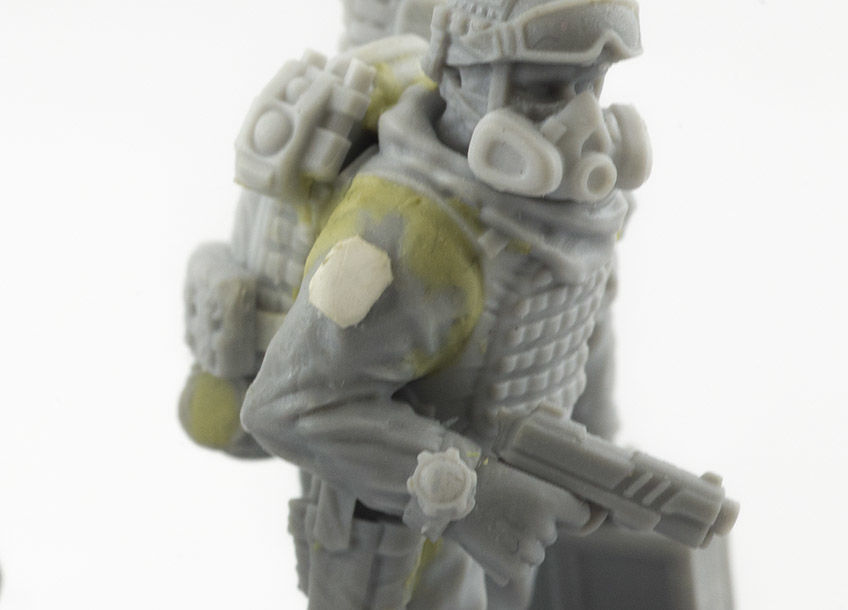 In the future I plan to build a few more agents - with sniper rifles and LMGs. Then, I can move on to the other factions!

That's all for now, hope you enjoyed this Conversion Corner, see y'all later!

The Division and all associated terms are Trade Mark and Copyright Ubisoft.

Comparisons and images are used to provide examples of possible conversions to inspire hobbyists own modelling projects. This feature is not associated with Ubisoft in any way.