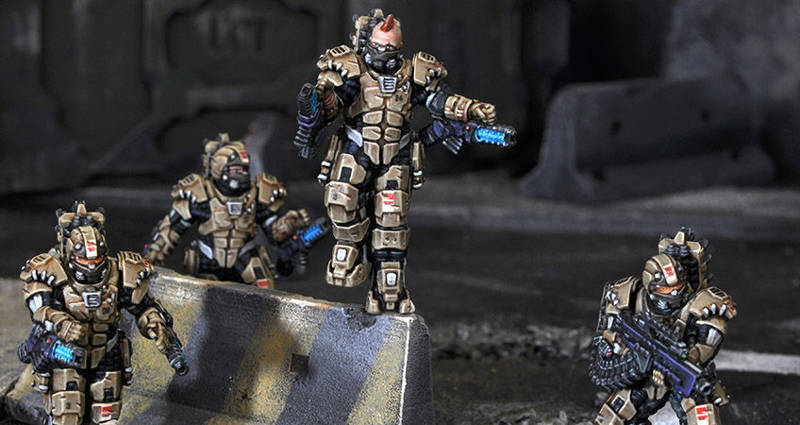 Developed in secret by Xian Corp, using many technologies "acquired" from rival corporations, the Pulse-Mech is one of the most advanced weapons systems in the Republic's arsenal. Piloted through an advanced Neuralink the suit augments the users power and agility without slowing them down, providing hugely improved firepower and speed. Pulse-Mechs lack the heavy armour of other Mech designs, but can out match most opponents speed and the hyper-velocity punch of their lethal Mag-Carbines. 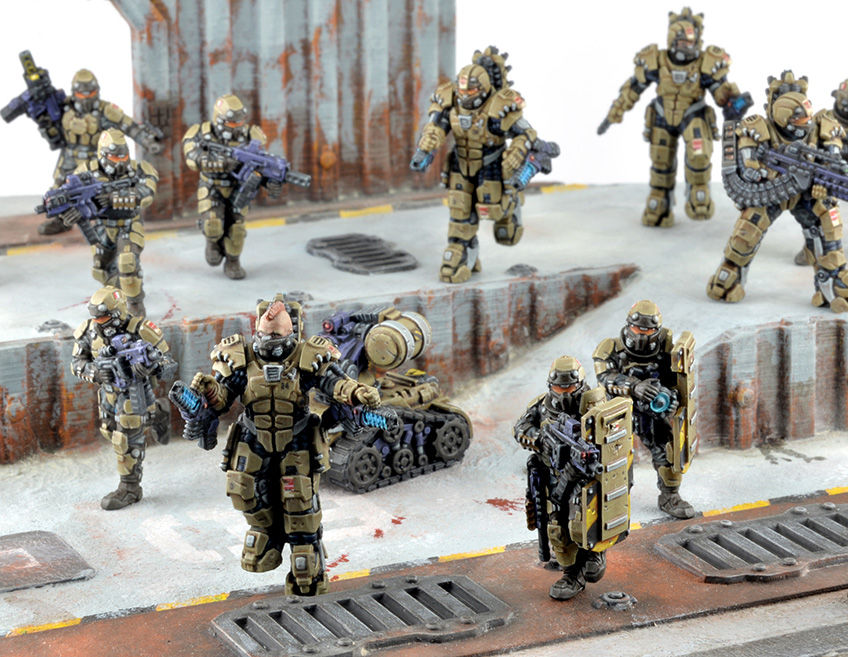 Pulse Mechs lead an assault in a remote Council facility, with Commandos in support. 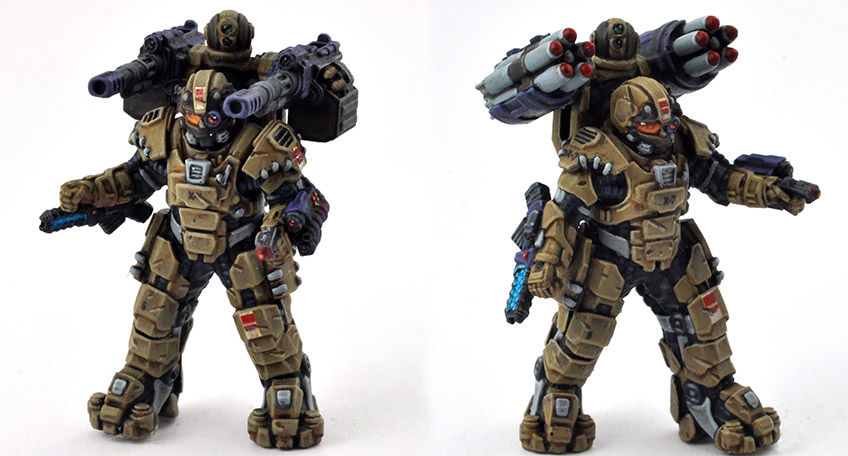