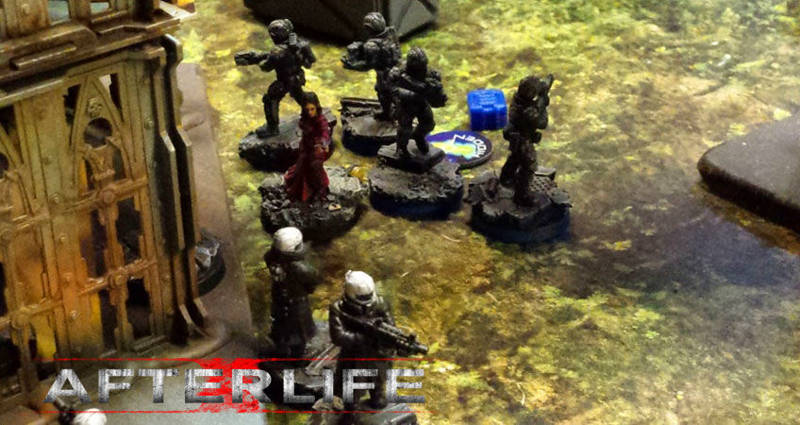 After the recent huge game at the Studio, we played a smaller game at a games club in Bethnal Green. This time, we tried out a scenario with a specific objective instead of just trying to eliminate the enemy forces. The scenario represented an attempt to abduct a scientist from a jungle base. A small special ops force had infiltrated behind enemy lines and almost made it back with their prize. As the enemy made a rescue attempt, a small force arrived to help the abductors make it back the last short distance. We each took it in turns to play as both the kidnapper and the rescuer. We played with 1000 points per side (and felt that it would work better with the rescuer having a slight points advantage).

In the first game my commando strike force struck out towards the table edge as soon as possible, so as to prevent any possibility of Joel initiating a breach and clear and trapping them in the building where they started. Joel's Unity Guard threw themselves recklessly into the action and were wiped out quickly by the massed firepower of eight crisis carbines in the hands of my commando’s!

Elsewhere on a flank, my grenadiers and Goliath fell to Joel's Ajax Exo-Mechs, but my Raiders were able to gain revenge and secure that flank. Joel's forces were stretched too thinly by now and with victory for the abduction team inevitable, we set up to repeat the mission with Joel in my position. 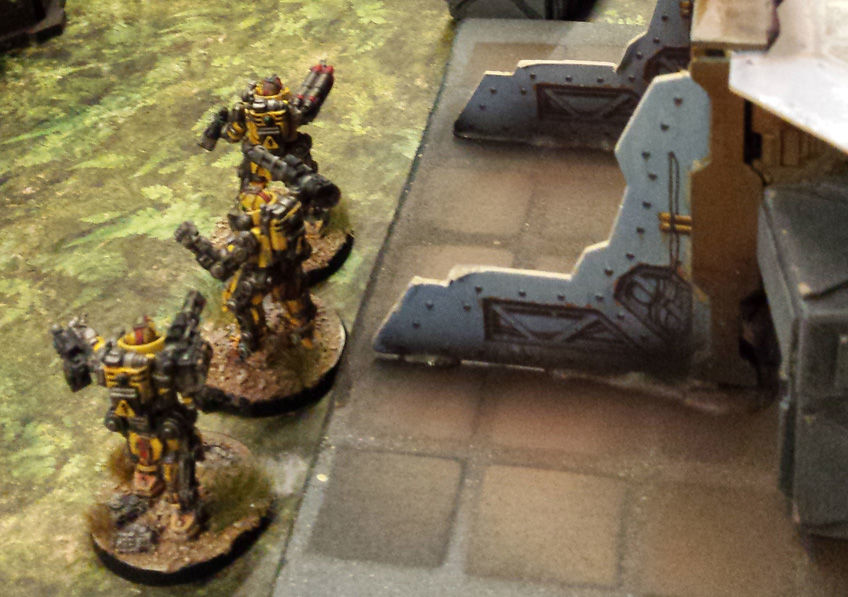 In the second game, with a deployment rules change making it impossible for me to reach the building on the first turn, and with a "rolling deployment zone" rule being introduced, Joel's kidnapping Spectres hunkered down in the building to prevent me deploying my forces too far up the table. I deployed Raiders and a Goliath on one flank, and Grenadiers and Commandos from the other.

My  Goliath and Raiders both failed to deal with Joel's Ajax, and even Joel's Unity Guard seemed quite tough, though all but one of the Spectres were killed.

As things fell apart on one flank, my Grenadiers and Commandos made a desperate rush across the battlefield, only to run headlong into the same Ajax that had already dealt with my Raiders and Goliath. The grenadier missile launcher, however, only managed to distract the enemy as it missed each time, and although the rest of the commando and grenadier shooting was stunningly accurate, the ammo was clearly defective as huge number of rounds deflected off the Ajax mechs. With plenty of forces left and the Ajax mechs an impassable barrier to the Republic, the Unity Squad made good their escape with the prisoner. 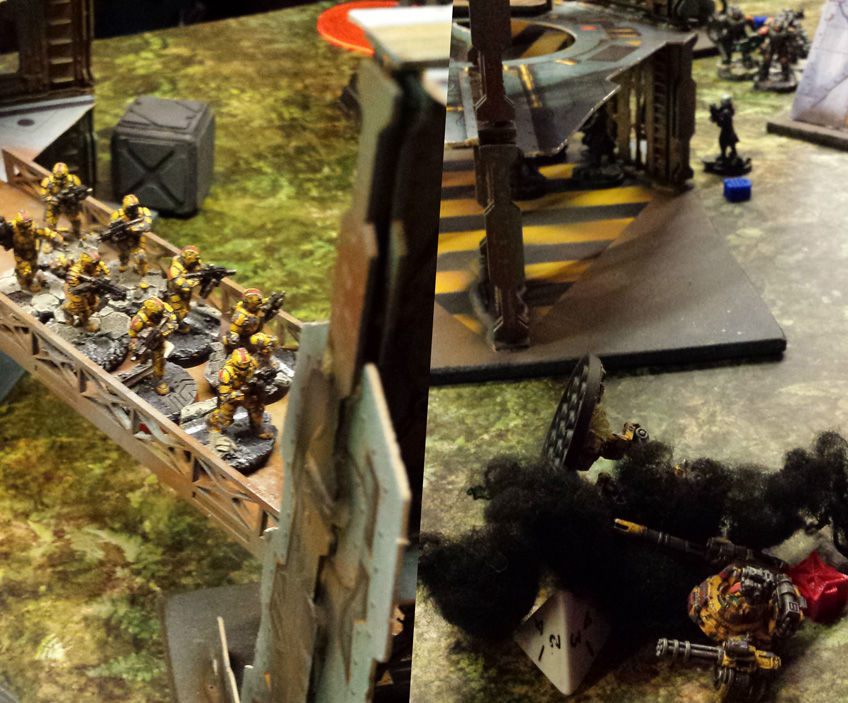 If you would like to try this scenario, we’ve made a PDF which you can download HERE

Do let us know what you think, and send in any photos of your games!

This is just one of a number of scenarios being worked on. So far, some of the titles are 'Ambush!' 'Salvage' 'Diversion' and 'Sneaky sneaky'. When we get them tested, we'll let you know how they go and invite you to give us feedback.