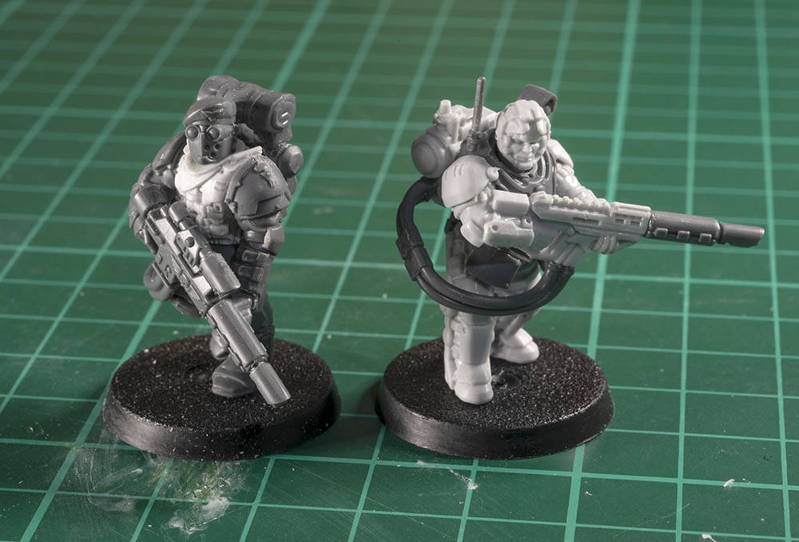 We are absolutely pumped about the new Drop Trooper bits that are going on sale at the end of the month! But after we noticed some bits had gone missing, we followed the trail of biscuit crumbs back to the workbench and saw that Anvil Staffer Liam had been up to some kitbashing, the wee scamp!

So, after shaking him by the ankles to see if he’d grabbed anything else from the DO NOT TOUCH pile, he was kind enough to talk us through the awesome kitbash he did with the Drop Trooper parts and a spare Tempestus Scions kit he had lying around.

I really like the background of Games Workshop’s Tempestus Scions as super-elite troops. Still human, but basically the best of the best of the best!
But wanted a slightly less gothic feel to their armour. The original kit is great, but it just needed something to make them less bulky. I wanted models that looked like special forces, rather than just front-line meat-grinders. 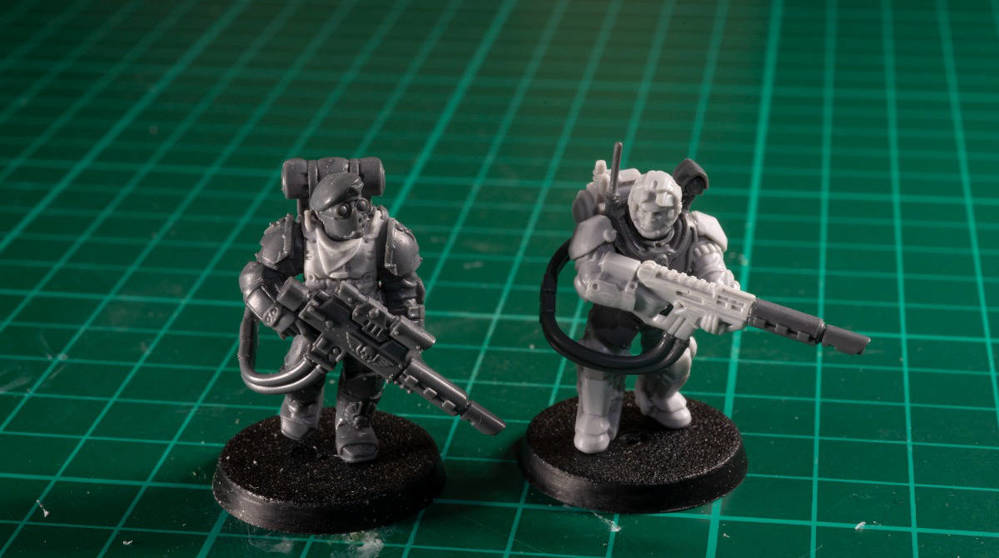 It sounds weird, but giving these guys backpacks was a really important part of the kitbash.
Tempestus Scions are humans, they still need to sleep, eat ect. So a backpack with gear for extended operations was a good way to show that. 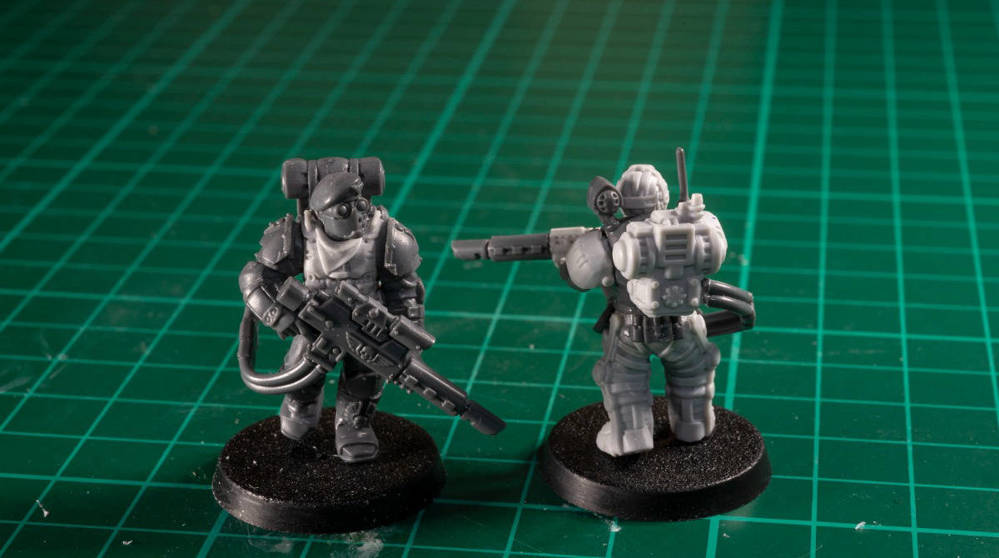 For the heads, I used an Anvil Drop Trooper one, and a beret head from the Tempestus Scions kit. Having an exposed face takes away the anonymity of the closed helm and gets across that this is a person, not just a killing machine.

Finally, I had a bit of a play with the guns. Because I like playing with guns!

(Parts made by Games Workshop®️ are used for example purposes only, this blog post is not associated with or endorsed by GW in any way)

Leave your comment
Comments
Guest
2/10/2022 8:48 PM
This is super awesome, I really like seeing how your pieces fit with another range of minis that happen to have a lot of fun rules written for them. Would definitely be fun to blend the 5x kit of these guys with the 5x Scion kit to make a Kill Team.
Blog search
Blog archive
Popular blog tags