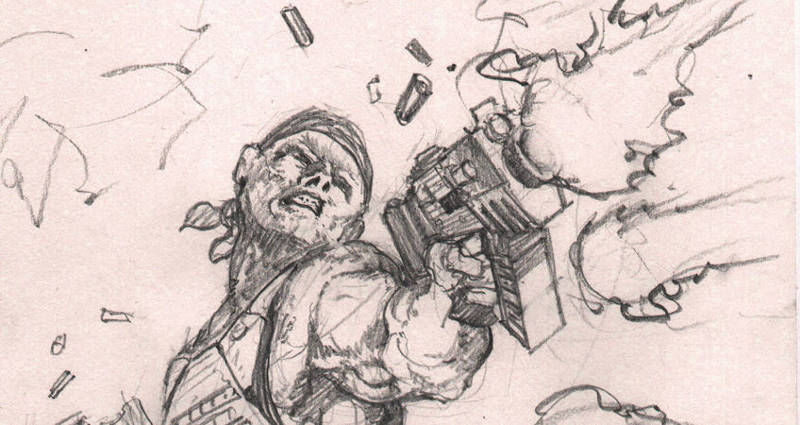 We have been working on our upcoming Private Military Contractor range for a few months now, and after a few delays it is almost ready for launch.

We are super excited about the new parts, which will allow you make a huge range of modern day Private Contractors, Militia, Gang fighters, Jungle Fighters, Urban Veterans and similar models for use in a huge range of different settings and game systems!

We thought we would share some of the concept artwork created during the design process. These concepts, as well as a lot of the sculpting, are the work of the newest member of our design studio, Thomas Elliott.

First up, we have a very dynamic figure wielding dual smg's, The PMC torso set will include modern day body armour like this. 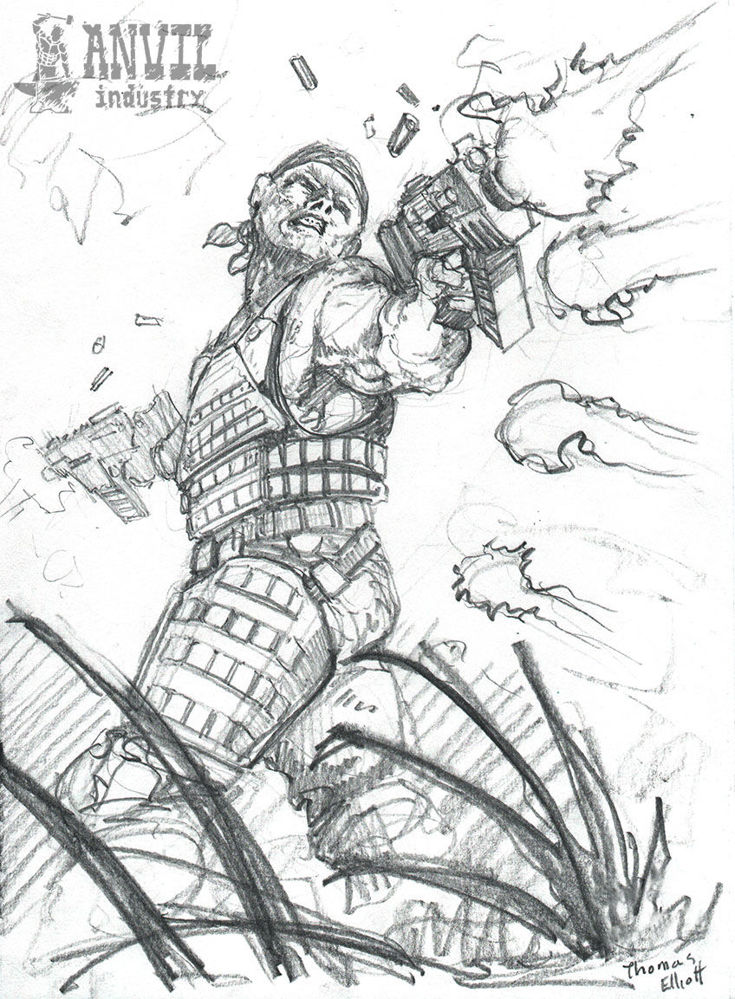 This next figure is in slightly more relaxed clothing, but still clearly means business! The range will feature a huge variety of heads, with over 70 new sculpts including a set with baseball caps.

We will also be releasing a new arms with a mixture of bare arms, t shirts and rolled sleeves, perfect for veterans, jungle fighters, PMC's or militia/gangs. 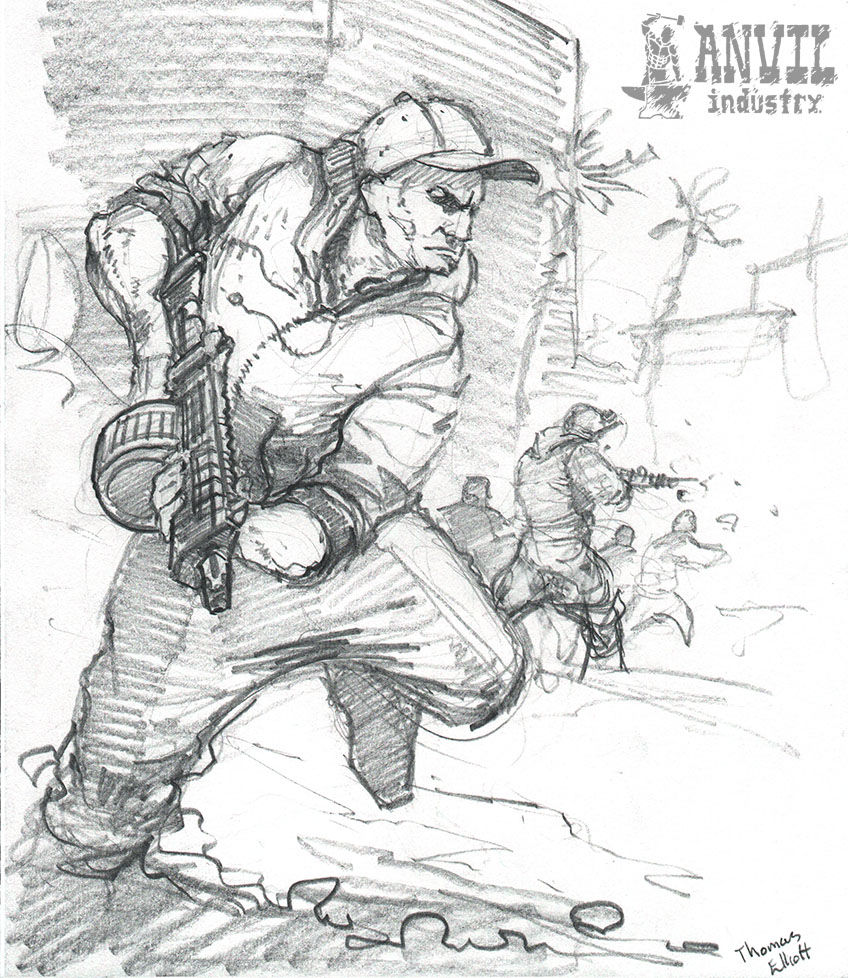 This figure features torn jeans and a hoodie, which will feature in our Militia leg and torso sets. The weapon shown is our existing GL-32 grenade launcher. We are planning a full range of new "modern style" weapons to accompany the range. 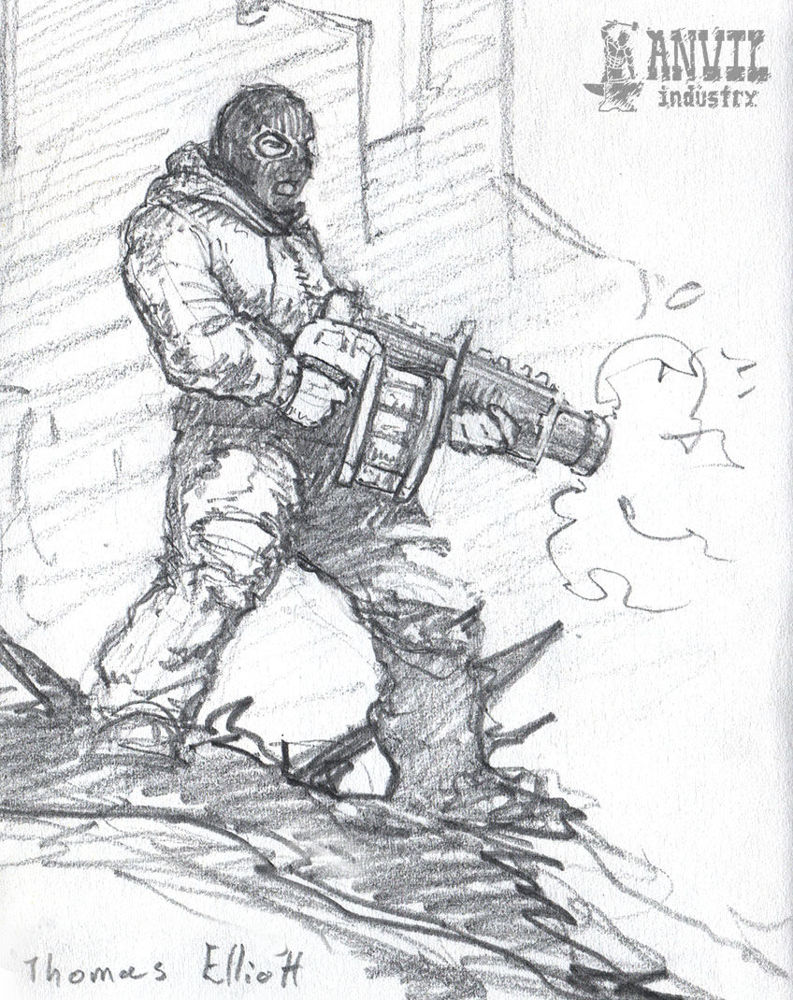 Finally, this battle hardened operative is very well armed with both a rifle and melee weapon, and would fit equally well into a modern, near future or post apocalyptic war zone! 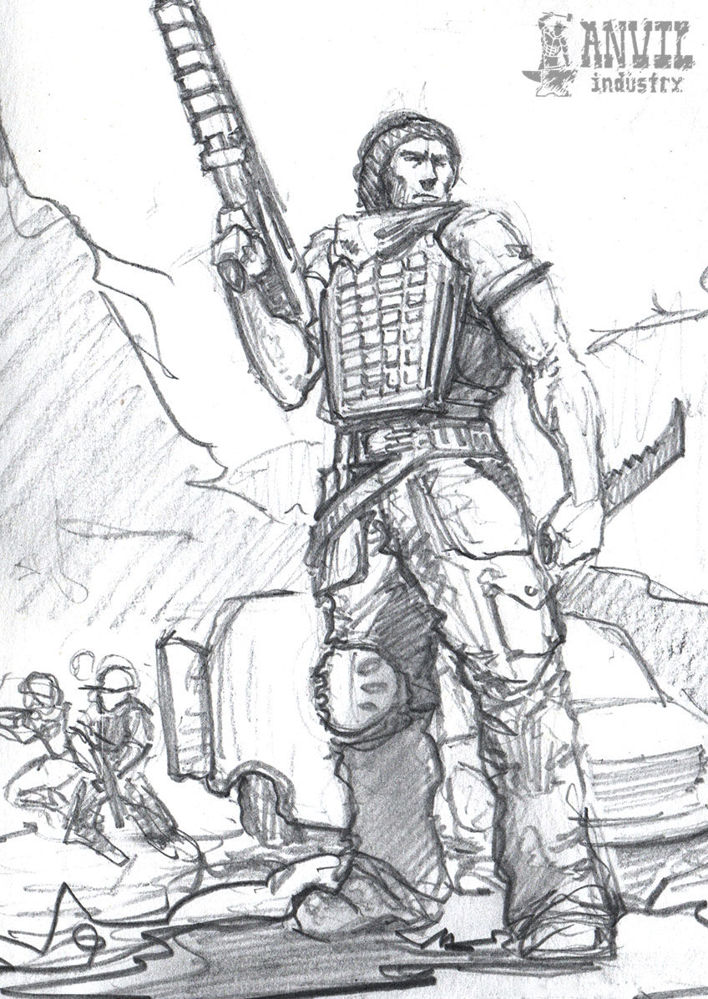 We hope you've enjoyed this insight into our design process, we will be back with more concept artwork soon!

The PMC and Jungle fighter components will be released over the next few weeks, keep an eye on our Facebook feed for more previews and information.