Daughters of the Burning Rose - Launch Info and scale comparison

This April, Anvil Industry will be running a Kickstarter to fund the creation of The Daughters of the Burning Rose, an entire new army of gothic medieval warriors!

Over the coming weeks we will be sharing concept drawings, artwork and renders from the design team - Thomas Elliott and Chris Worth. 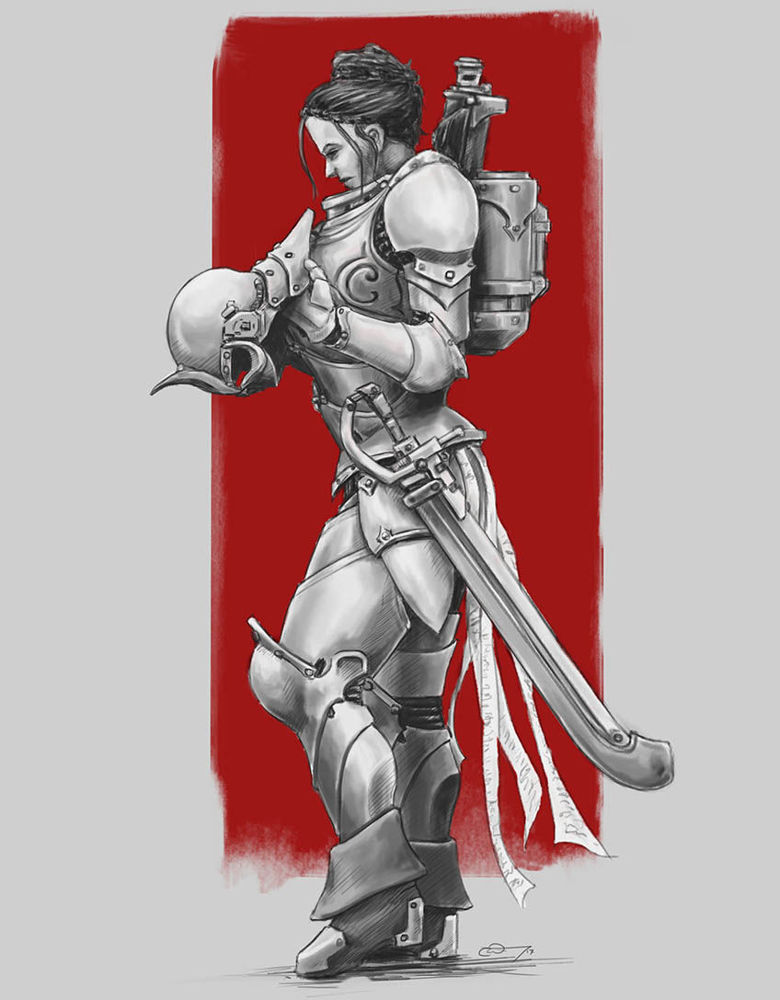 This is an early concept piece Chris did to establish a look for the basic armour. Further design work is then done in Zbrush, our digital sculpting software. 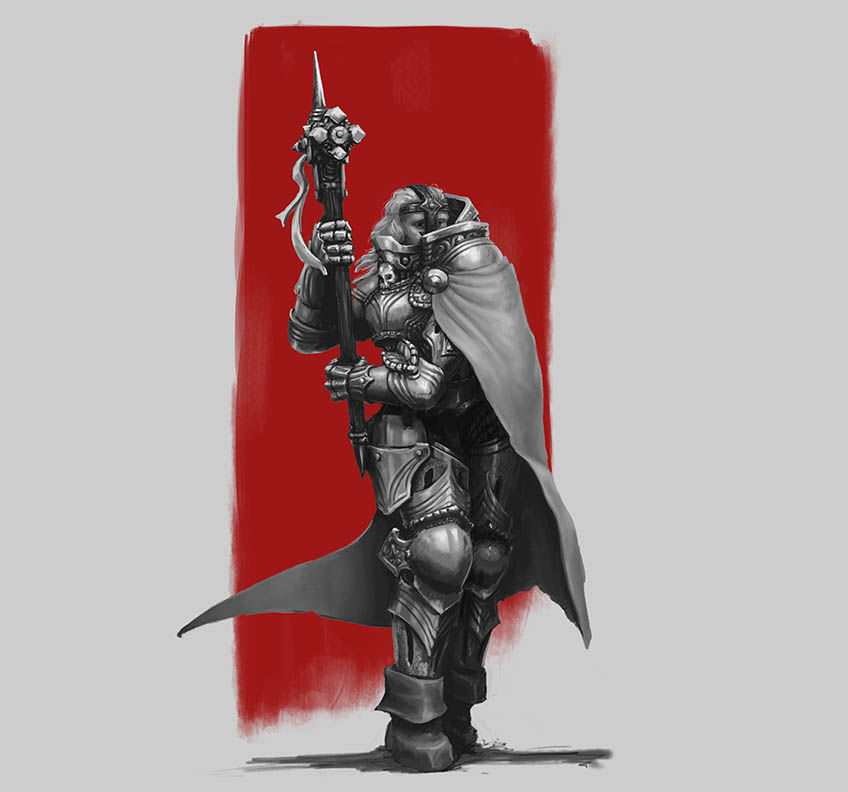 The Lord Abbess. In addition to various styles of fully modular basic infantry, we are also working on a wide range of very detailed character models! 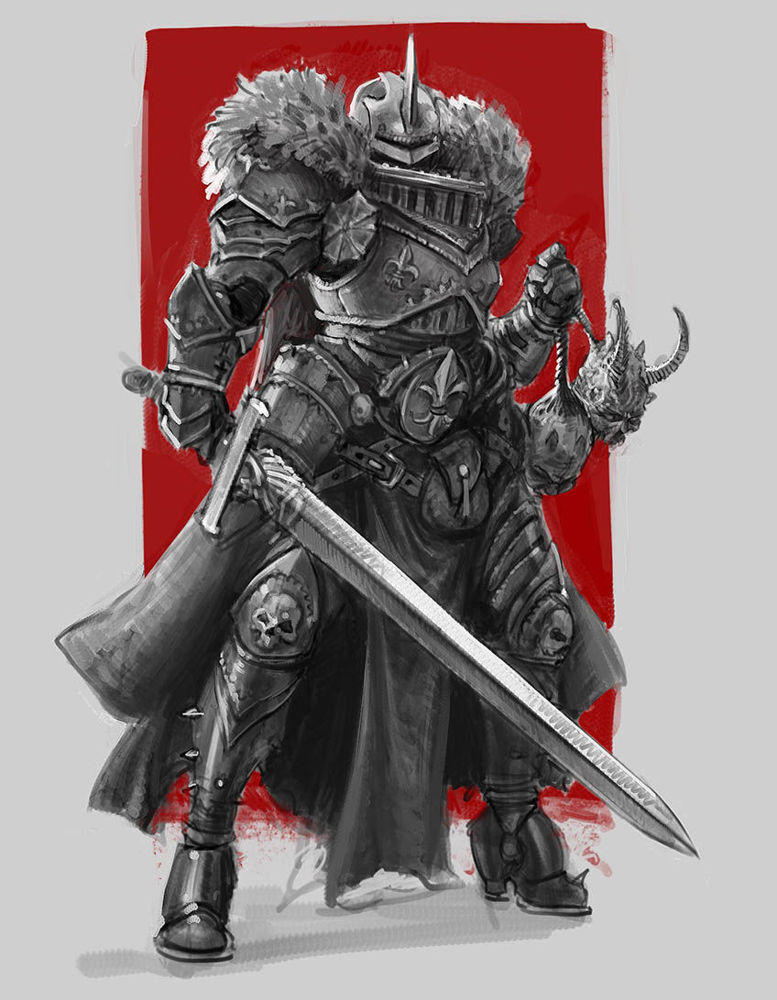 This piece was one of the first concepts done for the project to establish the look we are going for. Highly detailed gothic armour marks this woman out as a high ranking leader in the Burning Rose crusade. 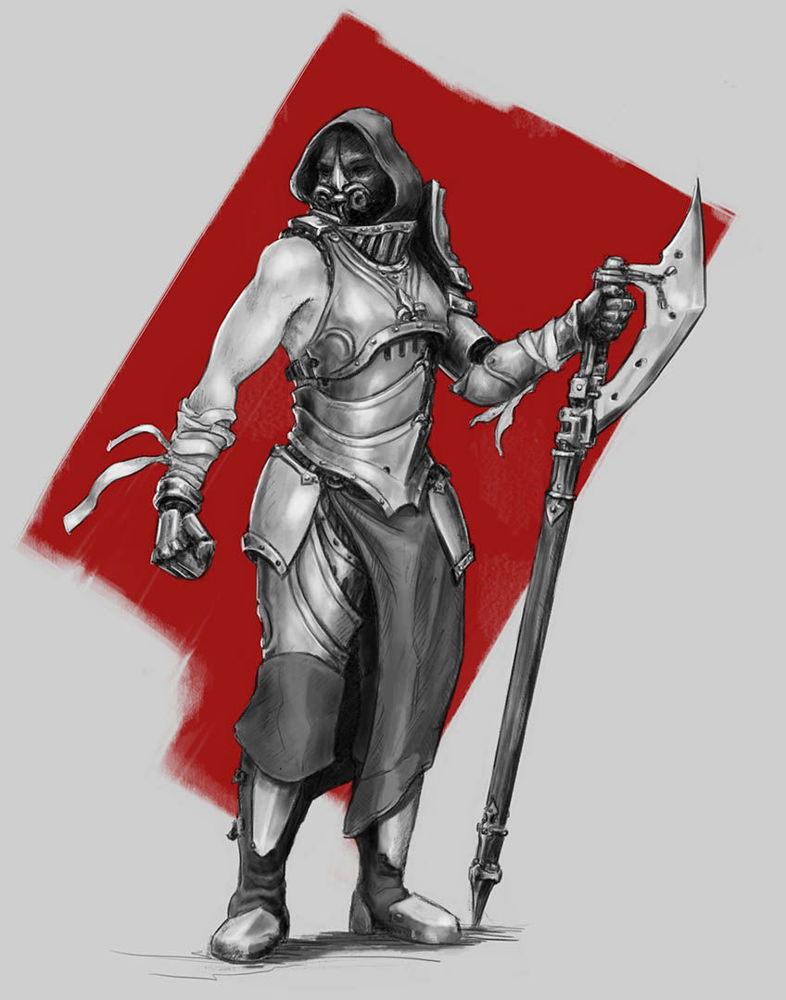 As well as the more heavy infantry, the Daughters of the Burning Rose employ units of lighter armoured fighters specializing in melee combat. For these models we are planning to use design elements from Roman era gladiators. 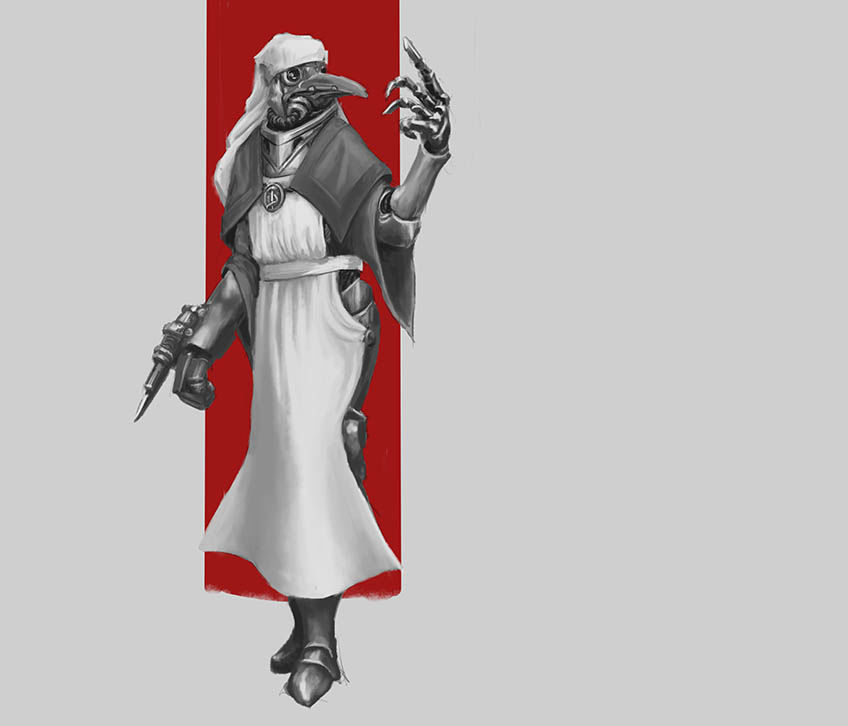 The Plague Doctors mask is one example of many elements in the project based on real historical designs. 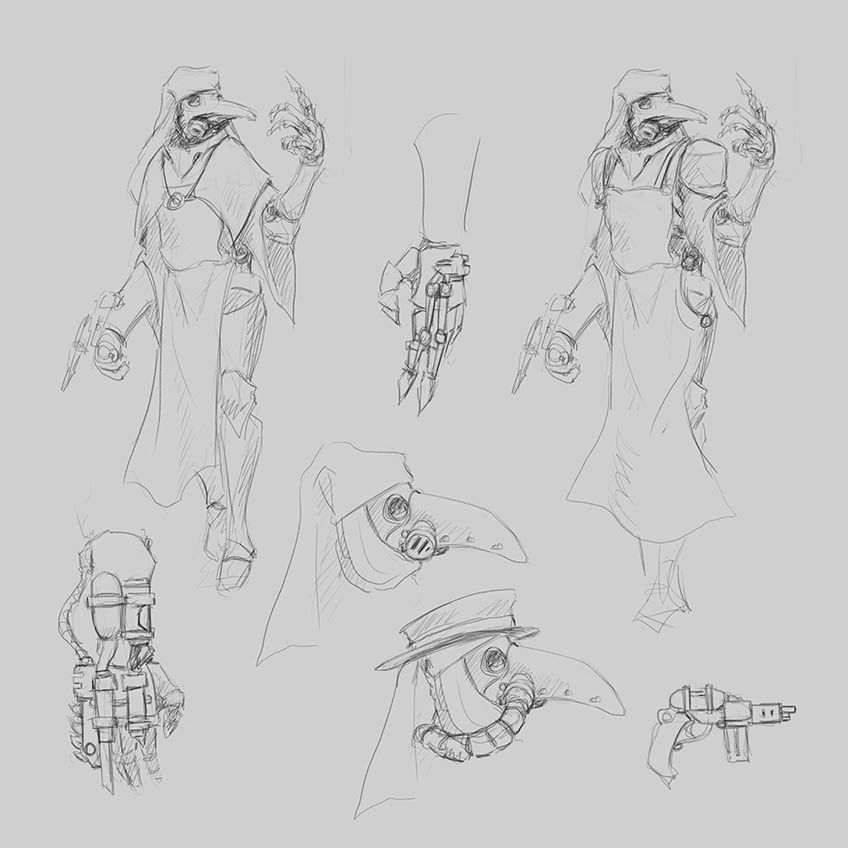 Above are some of the concept sketches for the plague doctor. Before completing more detailed concept art, each miniature starts life as a series of quick pencil sketches to establish the look of the equipment and clothing, and/or try out different pose options. 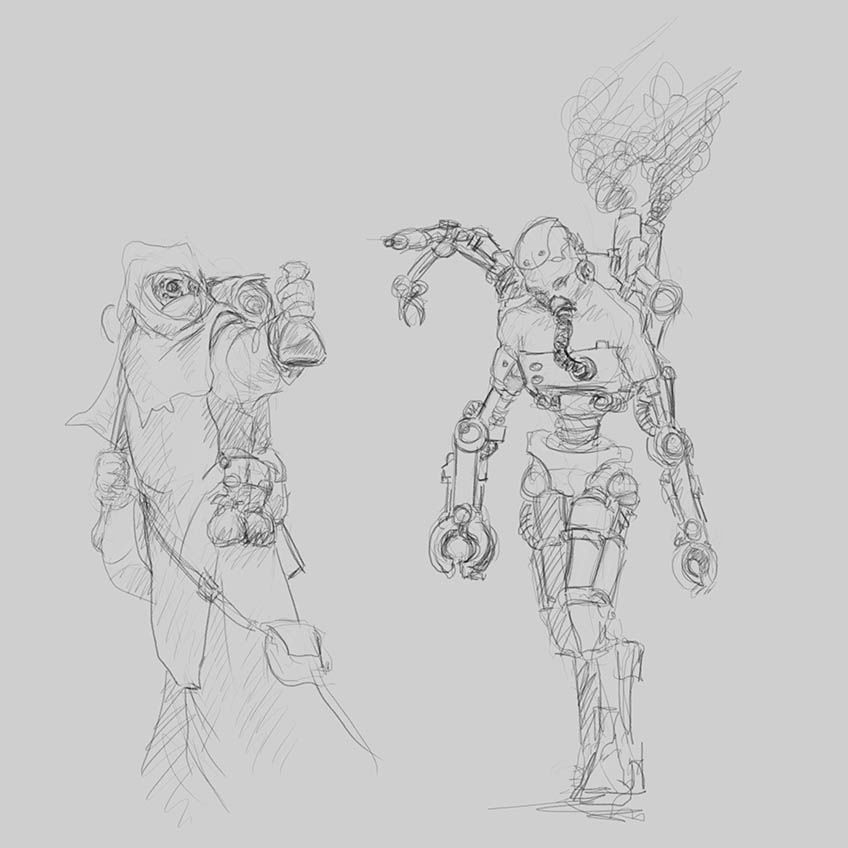 The Plague Doctor will be accompanied by a skilled medical team, including reanimated automata who provide load carrying and protective duties. 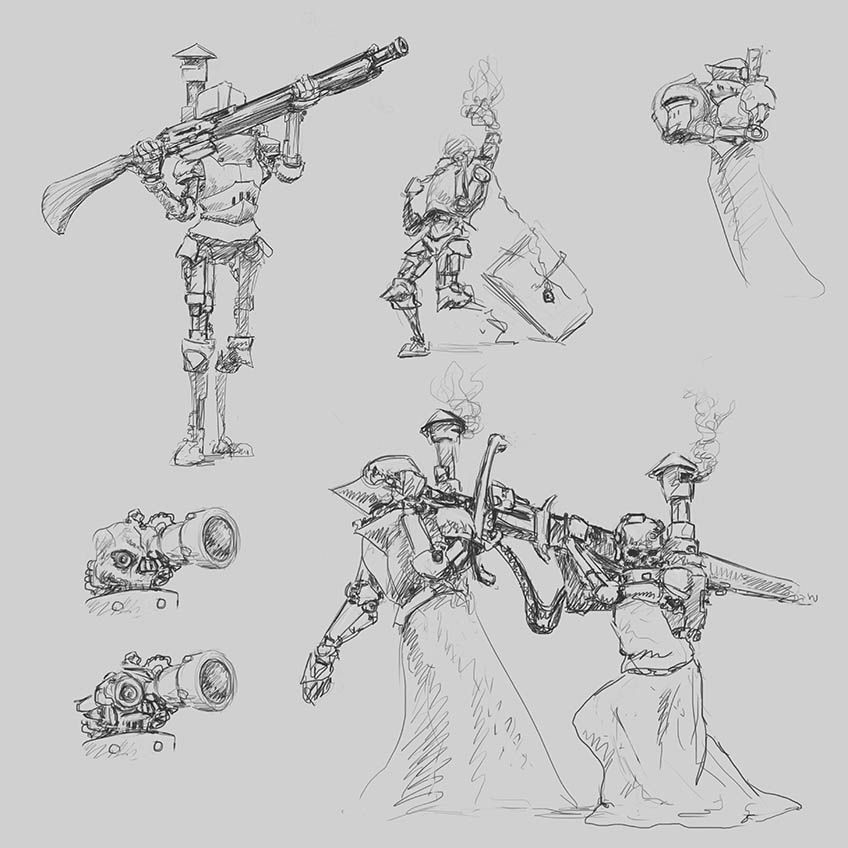 The project is heavily influenced by elements of alternative medieval history and steampunk as well as high gothic. Here are some rough ideas for small steam-powered automata which will act as squires to wealthy Burning Rose Knights. No particular design elements are fixed at this stage in the process. 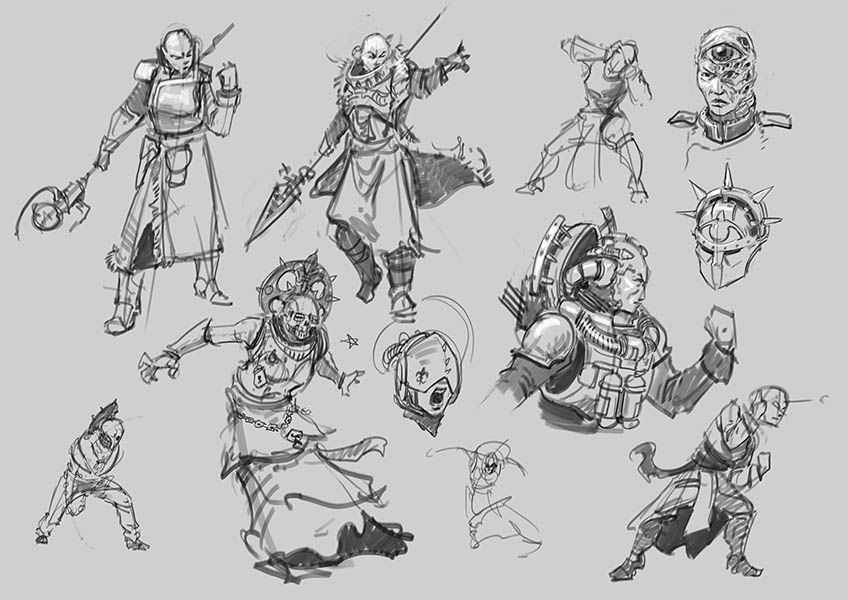 The project will include characters in a huge number of battlefield roles. Here Thomas has created a mood board of ideas for Mages - individuals able to channel magical or supernatural forces to help their comrades or destroy the enemies of the Burning Rose. 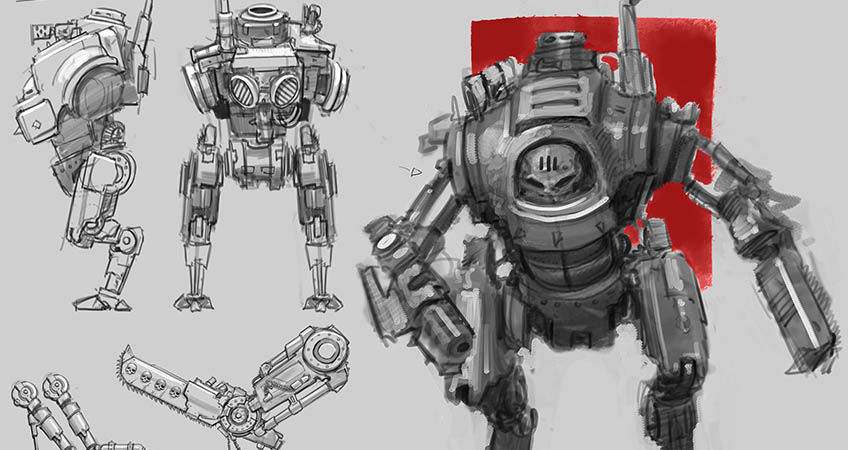 This war machine is a very complex and large kit, and will only become reality if the project exceeds our funding goal!

If you haven't already seen our first teaser video, here it is again, hosted on Youtube for better resolution than the Facebook version.