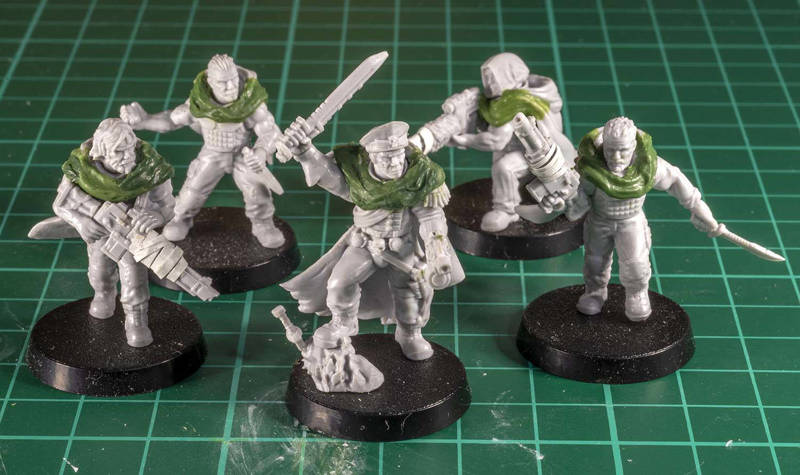 Today's Conversion Corner is a showcase of a quick and simple project by Anvil Staffer Liam.

Everyone loves a good Veteran in their army or skimirsh games, and nothing says Veteran then a group of grizzled old army guys in Camouflage cloaks.

These models were a nice and easy kitbash of a few different Regiments parts, including :

The Camouflage Cloaks have a hood to them that ends at the shoulder where the part glues to the model. 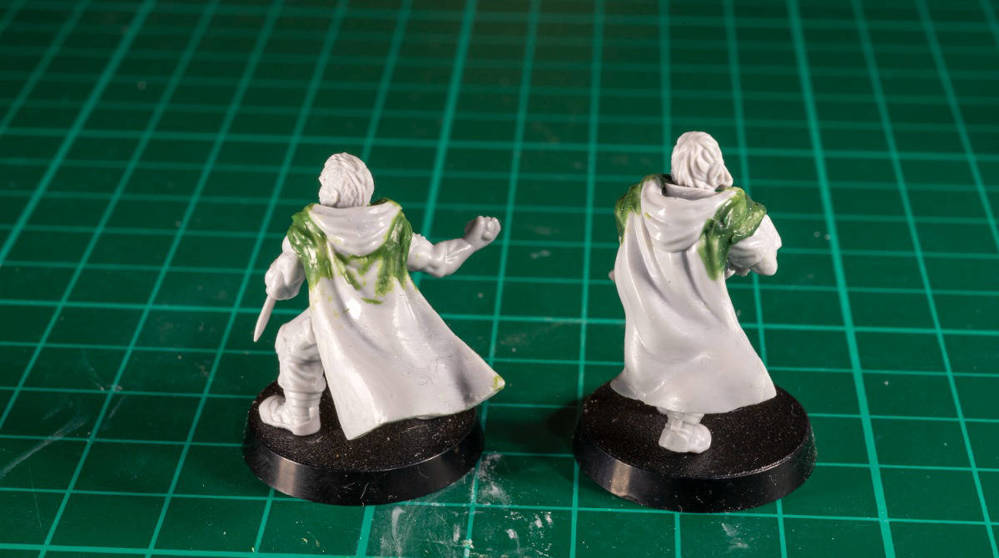 By using Green Stuff and a soft tip sculpting tool, you can sculpt a very easy cloth like attachment across the shoulders and chest of your trooper to create a full hooded cowl appearance. 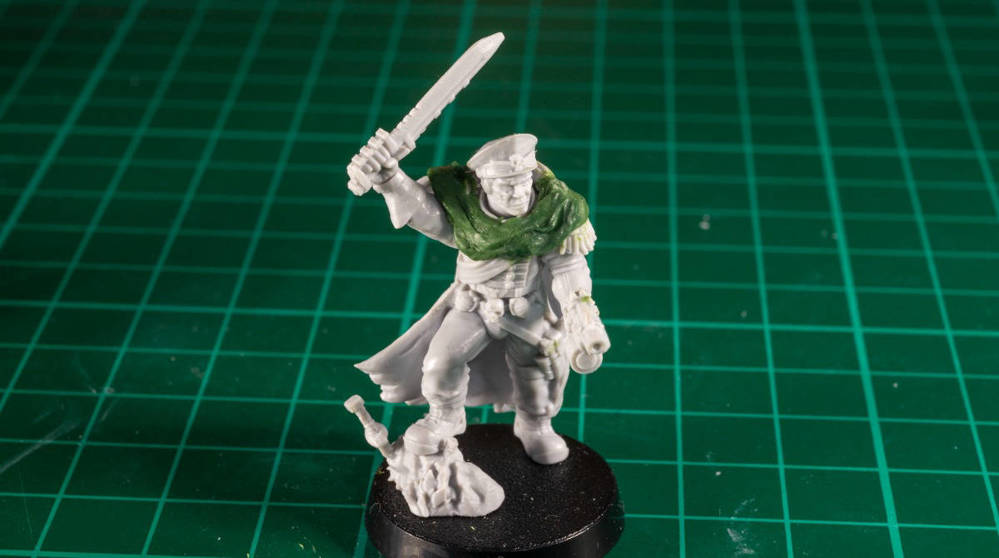 Just by adding this simple green stuff sculpt to the model really adds an added dimension of realism to the model, making it feel like if they were to duck and cover near some foliage they could truly hide themselves with style. 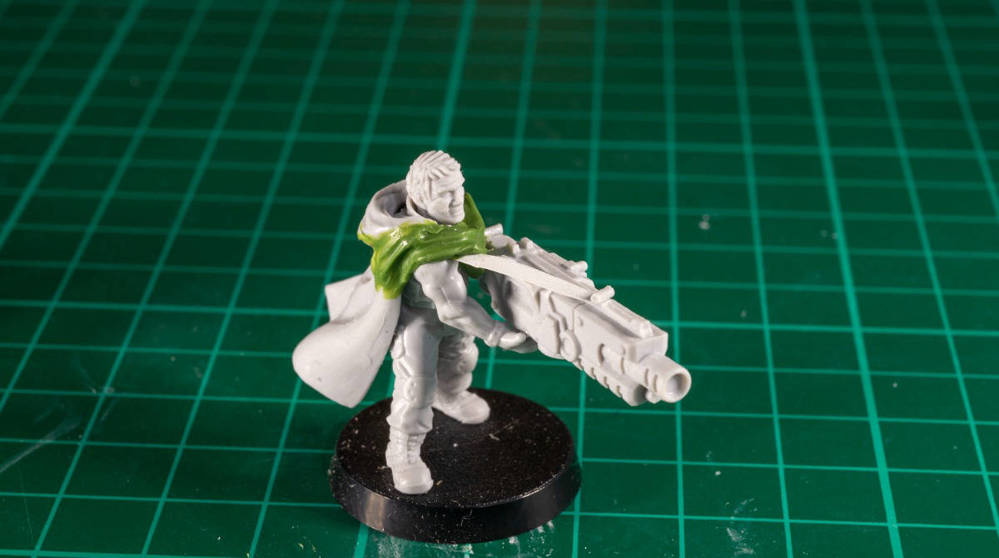 The final touch to the models is the cloth wraps on their weapons. When you're out in the trenches or damp muddy jungles your weapons are vulnerable to the elements and any soldier, especially a veteran, would know you take any edge you can to keep you going in battle. 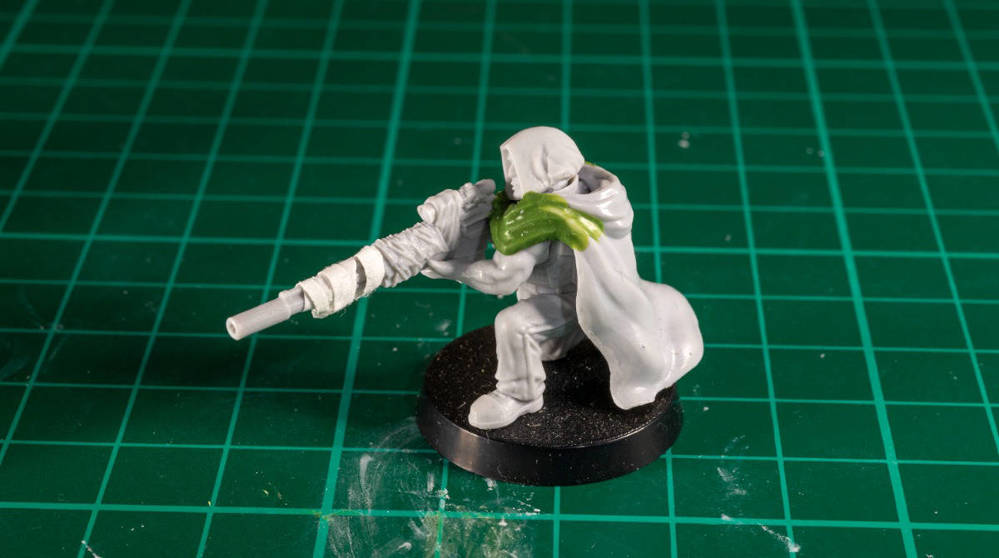 To create the cloth wraps protecting the guns is an incredibly simple task. Take a small piece of paper, cut out a number of thin strips. Using a paint brush, lightly brush the thin strips of paper with water just enough so that when you wrap them around the guns it sticks together and doesn't fall off. Finally, take a dab of super glue to the end of the strip so that it is now stuck down to itself keeping the shape. 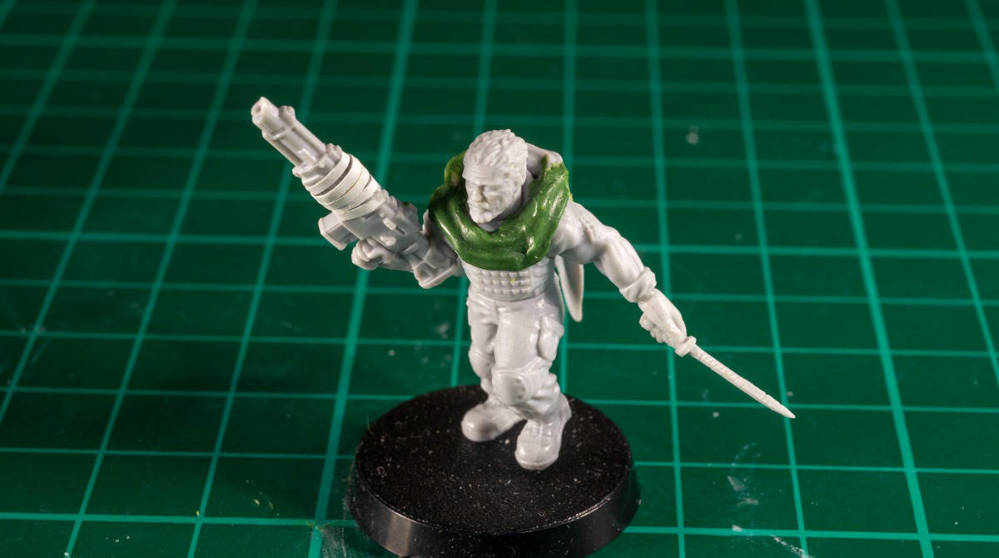 And there you go! A nice and easy project for an evening of hobbying-  and you too could have yourself a unique Veteran squad of troops to slay the enemies of mankind!