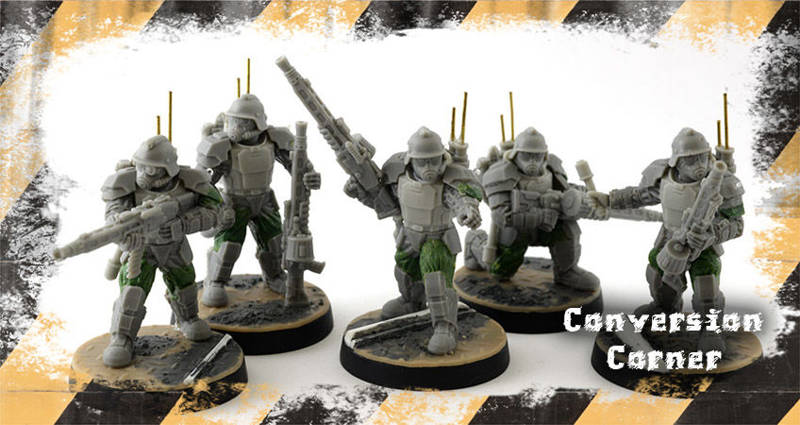 Hi, I’m Daniel, the inspiration for my conversion corner came from the style of Kerberos Panzer Cops from the anime film Jin-Roh: The Wolf Brigade, which I found to be a striking aesthetic; one I’ve tried to replicate with this squad of Japan’s alternate-history 1950’s elite troops. 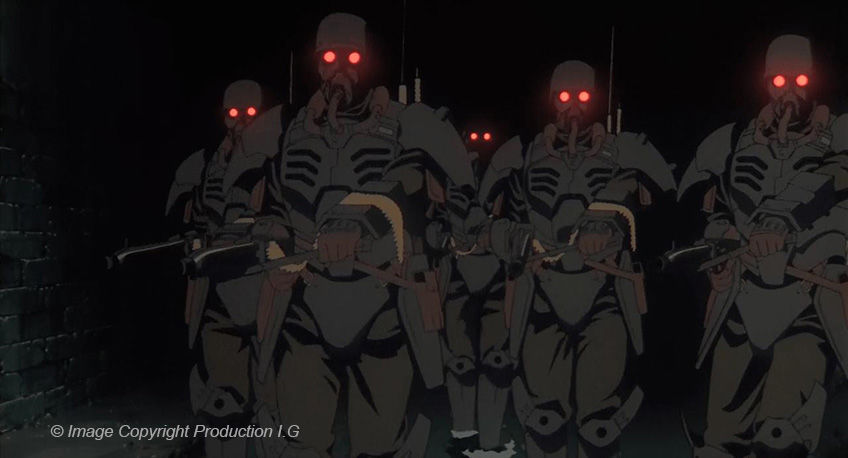 The team took only 3 to 4 hours to convert from its stock parts. I dry-fit posed the troopers in an aesthetically pleasing fashion and then went to work. First I had to remove the thigh armour from the legs. Using a sharp hobby knife and a square-edged file I stripped the armour away and then rebuilt the legs back up with green-stuff, moulded to look as much like loose fitting cloth as I could, before glueing them to their bases. 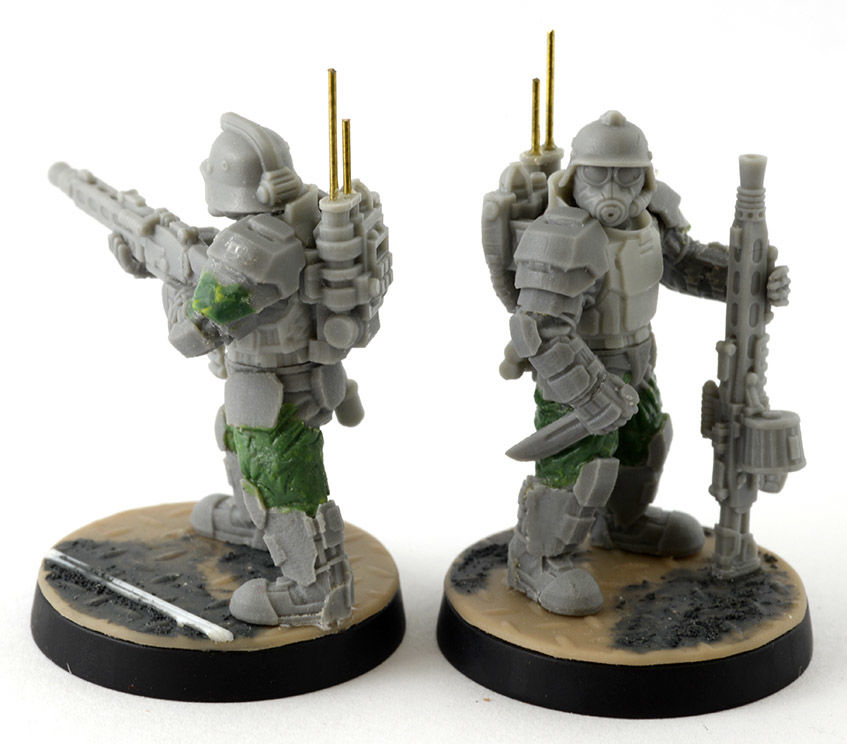 It’s amazing what a simple change can do for the overall feel of the miniature; the swap to cloth for the legs was the hardest part of the conversion!

A few small changes were made to the posing of the hands for the model on the right so that he’s holding his MG-42 vertically and a quick hand swap to give him a knife. The MG attached to the shoulder sling also had a slight modification to strip away the carry-handle and sights to allow the strap to attach. 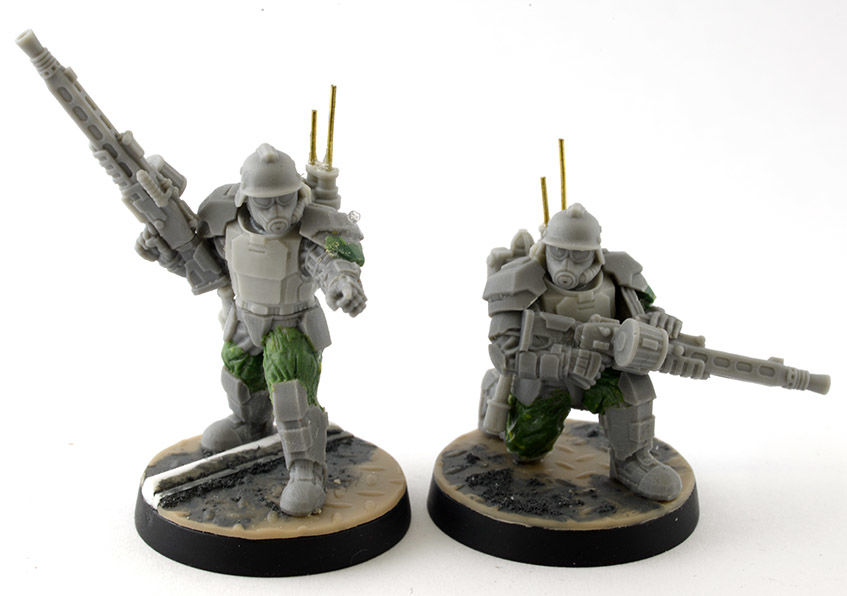 Next, I filed the end of the left shoulder pad into 3 distinct planes and added green-stuff to extend the pad most of the way to the miniature’s elbow before filing them to match the now modified pad.

I felt that the silhouette formed by the Panzer Cop’s backpack aerial was too important a feature to miss. By snipping off the top of the antenna it was a simple matter of using a sharp pin to make a guide hole to drill out two 0.5mm sockets for two short lengths of brass rod to be inserted and glued in. 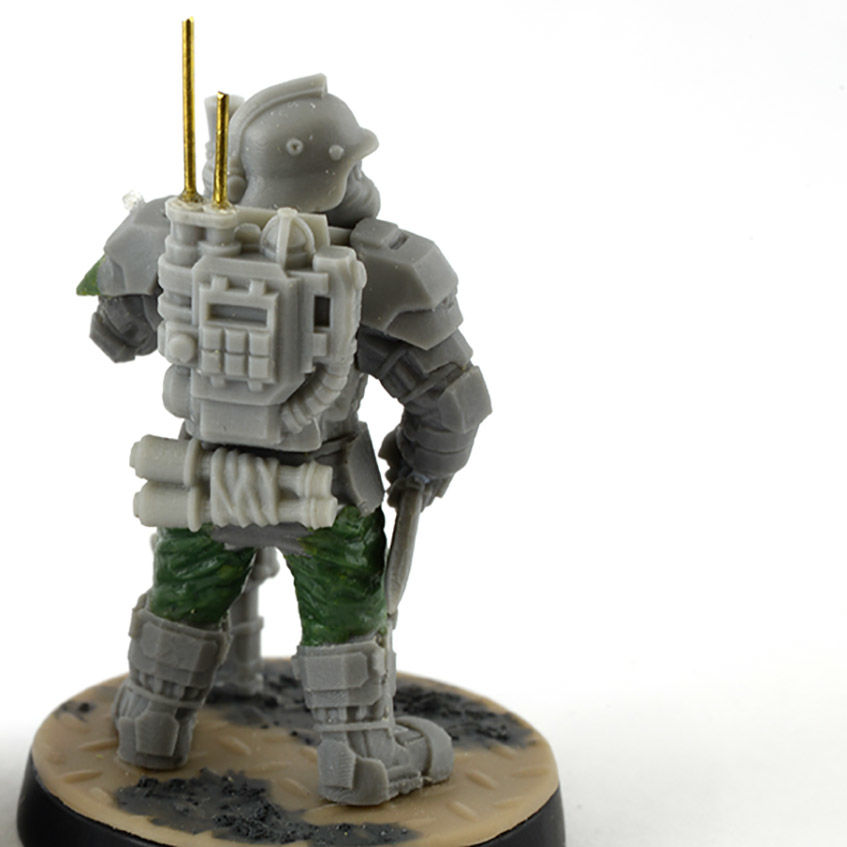 Lastly, I found a tiny plastic syringe-tip (used for applying super glue with extreme accuracy) and sliced off a tiny cylinder to use as a ring for the shoulder pad. It’s a tiny little thing and probably not necessary, but I like the way it looks nevertheless!

Comparisons and images are used to provide examples of possible conversions to inspire hobbyists own modelling projects. This feature is not associated with Production I.G. and Bandai Entertainment in any way.