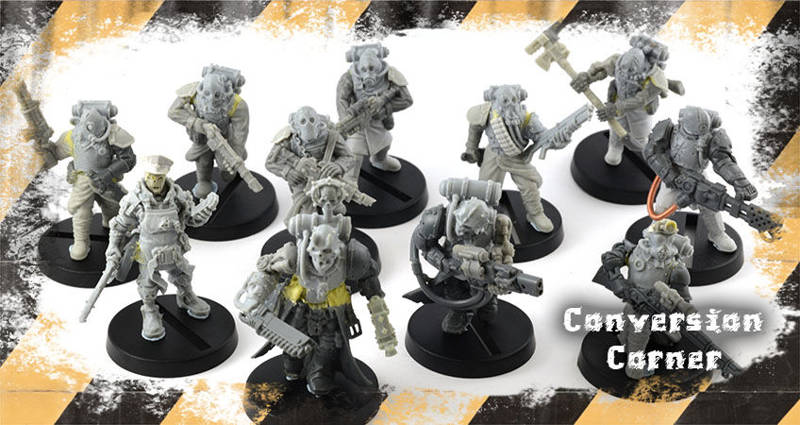 Images in this Conversion Corner feature many component parts which are copyright Games Workshop Plc TM.

This feature is not associated with Games Workshop in any way. Images of their components are used to provide examples of possible conversions to inspire hobbyists own modelling projects.

The basic team is made up of a veteran sergeant (in carapace armour), two weapon specialists (one with a sniper rifle, the other in carapace armour with a flamethrower), 6 veterans with a mix of lasguns and shotguns, and two recruits with shotguns (not featured). I also made two Operatives, a Commissar and a Tempestus Scion.

Building the team took about 20-25 hours, using mainly Forge World and Anvil bits. I've broken down the team into parts lists in case you want to try any of these out for yourself. 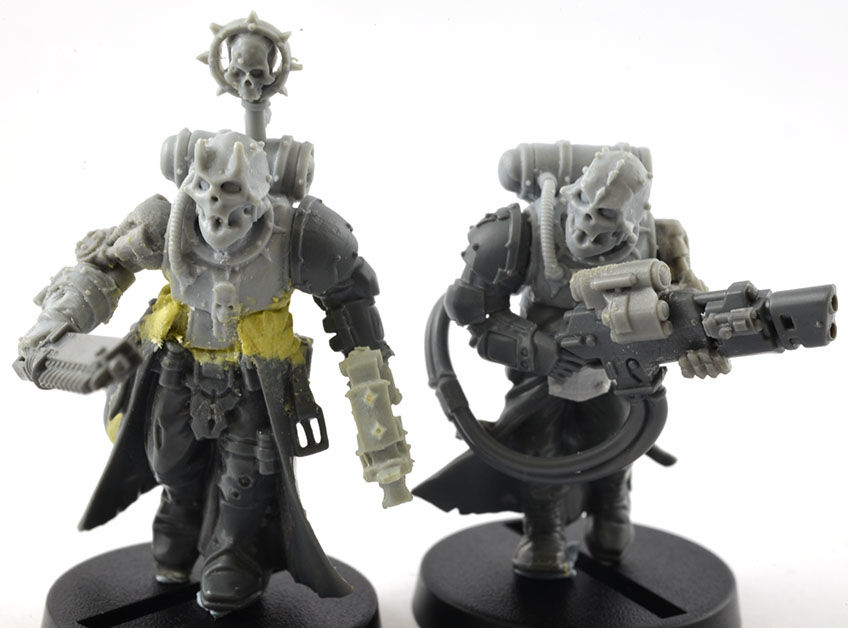 The Sergeant and the Scion are based on the FW Renegade Militia Enforcer torsos. I wanted them to stand out, so instead of using the standard long/short greatcoat legs, I chose to cut two Dark Vengeance cultists in half to make the lower bodies. Both models feature one arm from the Scions, the other is from our small multipose bionic arms kit. After assembling the Sergeant’s chainsword arm, it was cut off close to the elbow joint, and spliced together with one of the Enforcer melee arms. After assembling the models I added pouches and various other accessories.

The Commissar, Vladic Morav himself (Rogue Trader-turned-chaos-aligned-mercenary-captain) is based on the limited edition FW Enforcer. The shock maul is replaced with a whip more fitting for his character, all the loyalist iconography was filed off, and there is a Puppetswar Iron Mutants head with an Anvil Officer hat.

All the other members of the warband use FW Renegade Militia torsos and Anvil Long and Short Greatcoat legs, Single Curve Gothic shoulderpads, and various Regiments accessories. 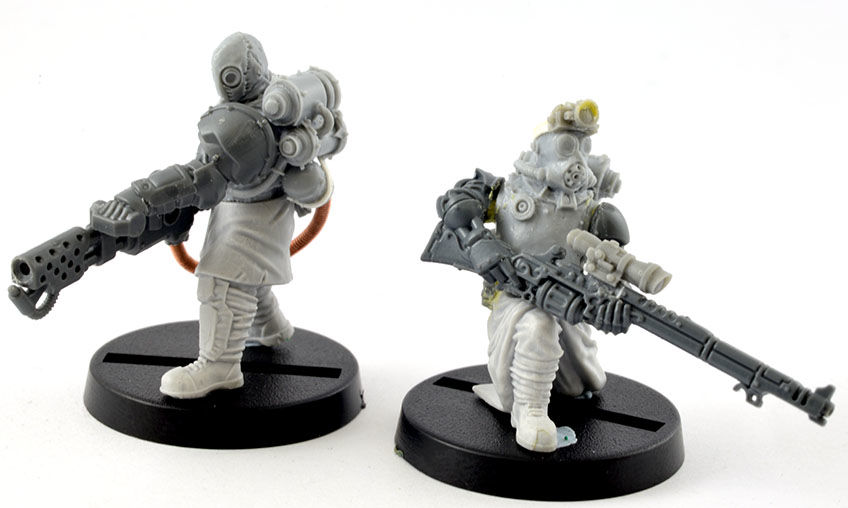 The sniper rifle is from the Skitarii Rangers box, with the sides filed down a bit to allow the use of the sniper scope, and the left arm came from Genesteal Cult Neophyte Hybrids. I also added a night vision device (or some might say, a GoPro, or a miner’s lamp) from the Black Ops heads set, with plasticard straps. 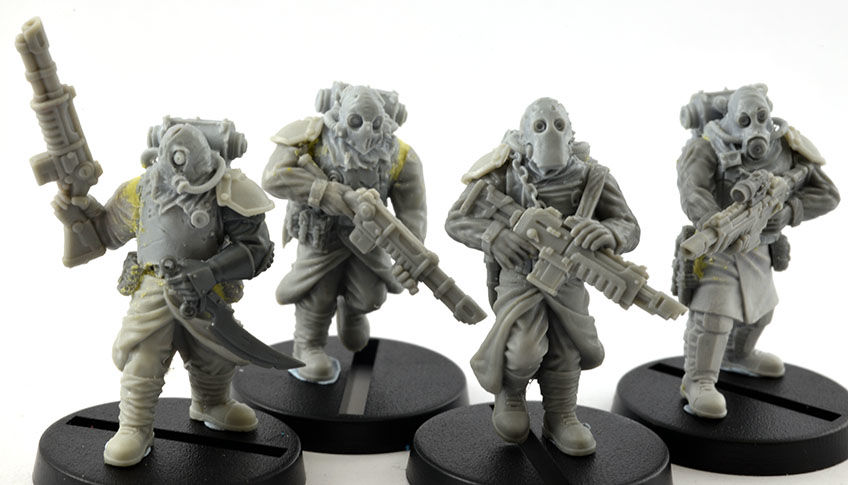 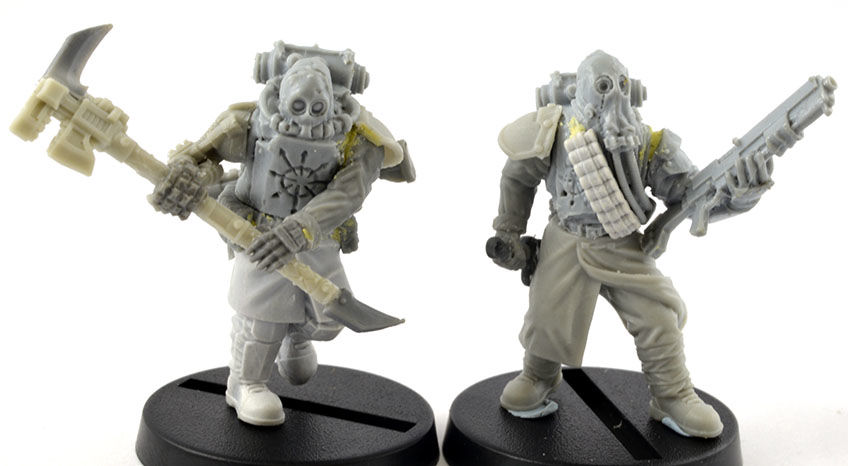 To make the axe work with a two-handed grip, I had to remove the original left hand, and add one from the Small multipose bionic arm (with a hole drilled), and one from the Armoured rifle arm sets. The extra blades on the axe are the front and back blades from a Kroot rifle, carefully trimmed and filed to fit.